Road trips are an American pastime. It’s a great way to see the wide variety of cities and National Parks this massive country has to offer.

But the sheer size of the U.S. can make it hard to decide exactly what to see.

As a former U.S. tour guide, I’ve driven cross-country more times than I care to admit… and after tens of thousands of miles on the road, I’m sharing with you a simple three-week road trip that takes you from San Francisco to New Orléans.

Ready to hit the road? Then let’s go…

San Francisco is a hit among local and foreign tourists alike. And why not? It’s an incredible collection of rolling hills, trolley cars, sweeping panoramic views of the Pacific Ocean and some of the best food on the west coast.

It’s a great place to start your road trip, but consider yourself warned: people do leave their hearts in San Francisco!

What to see/do: Take a tour at Alcatraz. This small island in the bay used to be a penal colony and you can still tour the prison to this day. The boat ride out there provides excellent views of San Francisco’s skyline, while the prison itself has not changed much over the years.

Walking along the Golden Gate bridge is another favorite. It should take you less than an hour and give you views of the city on one side and the Pacific on the other. Highly recommended.

If you’ve never seen redwoods – some of the tallest and oldest trees in the world – head out to Muir Woods, where you can walk among these giant trees in near silence.

Then check out San Francisco’s many neighborhoods: Chinatown, Nob Hill and North Beach are among my personal favorites.

What to skip: Fisherman’s Wharf is for the tourists only.

Yosemite is the first place in the United States set aside as protected land (by Abraham Lincoln in 1864).

And rightfully so. It’s quite possibly the most beautiful place you’ll ever see: a stunning collection of granite domes, redwood forests, alpine meadows, lakes and glaciers can be seen in less than an hour’s drive through the park.

What to see/do: Most people just visit Yosemite Valley, and hike up to Half Dome (a granite dome sliced in half by glaciers) and Yosemite Falls (the highest waterfall in North America).

Both are excellent and highly recommended. But you don’t want to just stay in the valley. Venture out to Tuolumne Meadows, a collection of alpine meadows and high elevation lakes. Best part? There are way less people up here. 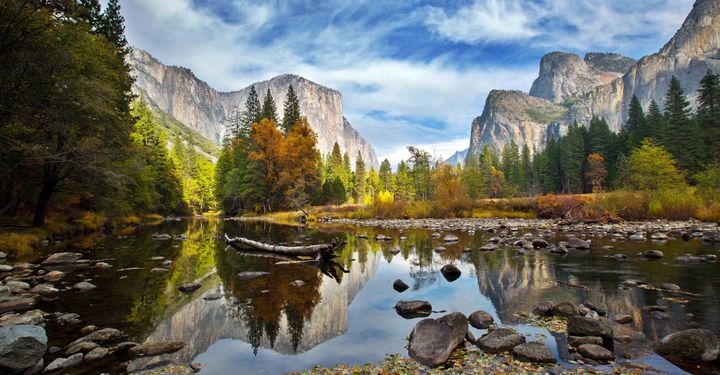 I believe the Grand Canyon is the most overrated National Park in America… and Bryce Canyon the most underrated. Fortunately, you can stop here for a few days and enjoy its startling collection of hoodoos – large, orange, rocky outcrops nestled deep in the valley below – without the “grand” crowds of that other canyon.

What to see/do: Bryce Canyon offers two must-see attractions. The first are the hoodoos. You can hike down into the valley and follow any number of interconnected trails to admire these outcrops up close.

The second – and lesser known – is its night sky. Because of its remote location and high elevation, Bryce Canyon has some of the clearest night skies anywhere in North America. Sign up for a free astronomy class at the visitor’s center (believe me, it’s really worth it).

Bonus stop: Zion National Park – located just a few hours from Bryce – is also well worth a visit if you’ve got time. Explore the Narrows (where you hike up through a river canyon) or climb to the top of Angel’s Landing.

Word to wise, though: Zion gets really hot from June – early September.

Texas is one thing. Austin is entirely another. The Live Music Capital of the World offers more live music venues per capita than anywhere else in the world.

Add to that excellent BBQ and southern hospitality and you’ve got an excellent stop midway through your road trip.

What to see/do:  Music is Austin’s biggest draw. Head down Sixth Street where every other bar pumps out high quality blues, rock and jazz. Alternatively, walk down to the Warehouse District for a more laid back atmosphere.

What to eat: Tacos are very popular in Austin… but the real deal here is barbecue. Head out to the Salt Lick in Driftwood (just 30 minutes from Austin by car) for live music, killer BBQ and a friendly outdoor atmosphere. Oh, you can bring your own booze, too!

I’m going to make a bold claim. I’ve been to New York, Paris, Rome, Delhi, Singapore… and New Orléans has better food than all of them.

Known as “The City That Care Forgot” New Orléans definitely cares about food. A lot. It’s a steaming collection of French, African, Spanish and Caribbean cuisines.

What to see/do: You’re gonna want to eat everything. Head to Café du Monde for beignets (French doughnuts) and chicory coffee for breakfast. Then walk down to the Acme Oyster for (you guessed it) a wide variety of fresh and fried oysters. Afterwards, head either to Tommie’s – a high priced and oh-so-delicious restaurant – or grab a muffaletta (ham, cheese and olive sandwich) just about anywhere.

Then it’s of to Bourbon Street and the rest of the French Quarter for a night of drinks, jazz and debauchery.

This three week road trip shows you a side of the US most people don’t really plan on seeing. It also blends cities with the outdoors and gives a varied glimpse into the American south.

7 simple tips to get the best deal on your flights

7 car hire rip-offs - and how to avoid them