10 things to do on a city break in Moscow

With easyJet having arrived on the Moscow route from London and Manchester earlier this year, it’s opened up the city to a range of people who would have previously struggled to afford the fares.

And what a city it is when you arrive, with imposing buildings, communist history, world class culture and performing arts, and great nightlife. However, Moscow is not a cheap city so you need to be savvy to make the most of your money. It’s also not a last-minute break as you will need to arrange visas, so a short break in the Russian capital should be planned in advance.

I visited in May 2013. Here are my tried-and-tested top 10 recommendations of things to do on a short break.

1. Get to the Kremlin

At the heart of the city centre is Moscow’s Kremlin. The high red walls and towers surround an inner city of palaces, cathedrals, government buildings and museums atop Borovitsky Hill.

When inside the complex you can explore the golden onion topped domes of the churches where many deceased Heads of the Russian Orthodox Church and Royal Family are laid to rest in tombs and artworks going back to the 12th century.

It’s best to plan your trip to this sightseeing highlight though, as timing is everything. I planned my visit for a Saturday to ensure I saw the weekly ceremonial guard parade held during the summer months in Sobornaya Place.

An early start will get you at the ticket booths for general entry, plus the chance to buy separate tickets for entry to the Ivan the Great Bell Tower and the Armoury. The latter is superb; chock full of treasures including a stunning collection of Faberge eggs from the Tsarist days. 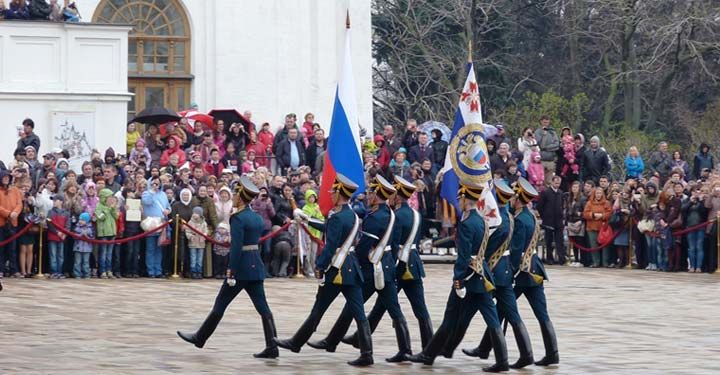 Although my timing for the Kremlin was spot on, I failed miserably with Red Square, a huge space on the eastern side of the Kremlin walls. I was in Moscow in between May Day and the anniversary of the end of World War II which is still celebrated with huge military parades each year. Because of this, Red Square was pretty much closed off for the entire duration of my trip.

The square is home to the remodelled and modernised Lenin’s Tomb, if you fancy taking a peek at the body of the reserved Russian icon, and the State History Museum. It is also the site of the utterly mad looking St Basil’s Cathedral with its brightly decorated roof and beautiful interior.

Visit the square by day and return again at night to see the sights bathed in lights.

This is a metro system like no other in Europe. Huge stations with imposing decoration, glittering chandeliers and expanses of white marble, huge sculptures and some of the deepest escalators I have ever been on. I followed a guide to the system from the Lonely Planet book, hopping on and off to explore the platforms at various stations. Not something I think I would ever do in London, but an absolute must-do in Moscow. 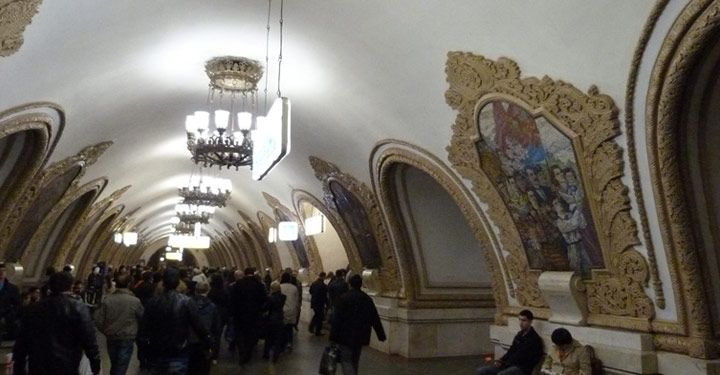 4. Visit a gallery or two

Moscow is home to some superb art galleries. I paid a visit to the Tretyakov Gallery, packed with Russian art and icons. This was followed by several hours in the Pushkin Museum of Fine Arts, housing impressionist and post-impressionist artworks. Across the road is the huge Church of Christ the Saviour, once the site of a communist swimming pool complex.

But it is not all historic art. There is a thriving modern art scene, and Red October, located at Strelka Institute (a former chocolate factory),  is worth a visit. At night, the area takes off with plenty of eating options, bars and music with the trendy art crowd. 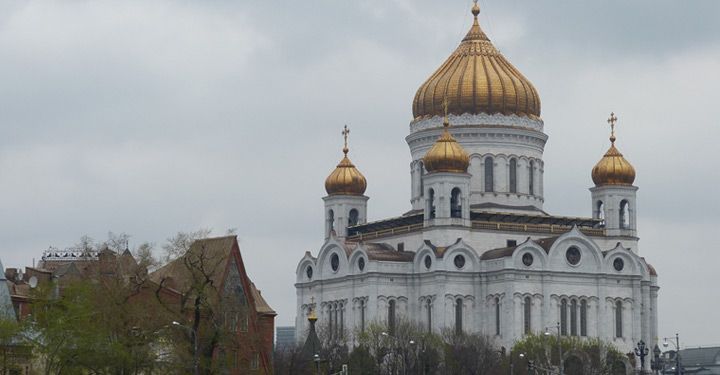 After walking around the galleries and main sights, a few hours on a river boat is a great way to see the central area of Moscow. Boats operate all day and well into the evening, similar to the Bateau Mouche in Paris. It was by boat that I came across the zany and enormous statue of Peter the Great which towers over you.

6. Take a trip to the ballet

The Bolshoi is arguably the most famous ballet company in the world. I was lucky enough to get a ticket (admittedly from a ticket tout) to a performance of La Bayadere. The building has been completely refurbished and is stunning both inside and outside. If you want to go, I advise booking tickets way ahead to avoid disappointment. 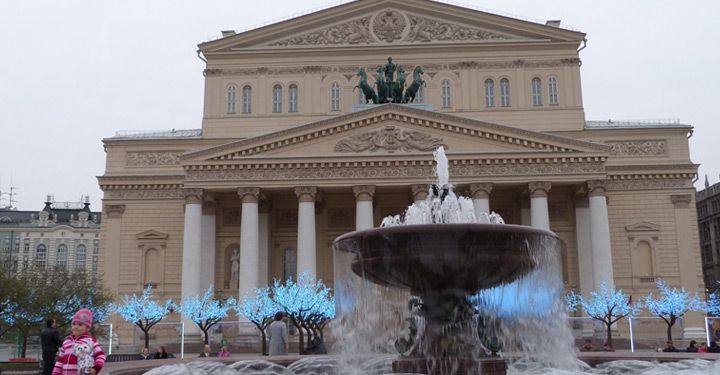 The old GUM store, once famous for having no choice and very little on its shelves, has now been converted into a high-end indoor shopping centre. Big brand names line the indoor mall adjacent to Red Square. For me, it was window shopping only due to sky high prices. However, in the surrounding area are many souvenir shops ideal for purchasing the obligatory sets of Russian dolls.

8. Then head for the baths

I love a traditional sauna or steam baths. From Istanbul to Marrakech, I’ve tried them all. However, heading for a banya at Sanduny Baths was something else. It’s the city’s oldest bathhouse and, after working out what to do and where to go, I settled in for a steam, only to be vigorously attacked by fellow steamers with birch twigs. Once the shock of that was over, I got a scrub down and had a swim in the beautiful indoor pool, before relaxing in the luxurious saloon supping tea and snacking.

This huge park, just outside the city centre, is a great place to go for a walk. It’s owned by Roman Abramovich and has been transformed from an amusement park to a modern eco park, with loads of activities for exercising and kids.

This boasts a collection of statues that once sat in the square and outside important buildings, which celebrate Russia’s past with Stalin, Lenin and Brezhnev. Historic and also somewhat sad.

Fly to Moscow year-round. Non-stop flights take around four hours with British Airways, Aeroflot and Transaero from Heathrow and easyJet from London Gatwick and Manchester. Or take connecting flights via Amsterdam, Paris or Frankfurt. Flights were on sale for as little as £76.98 return from London Gatwick with easyJet at time of writing; however prices can vary dramatically, up to £300 or more one way.

There are three arrival airports in Moscow; Domodedovo, Vnukovo and Sheremetyevo. Each has direct Aeroexpress train services into the city, costing around £13 return, and this is by far the quickest way to reach the city centre. Taxis and buses are available as well.

British nationals require a visa and this must be obtained before travel. It’s expensive at around £50 for the visa and a service charge of around £80. Further costs apply if you cannot collect your passport from the visa centres. Additionally, you will need hotel confirmations and authorisation codes in order to obtain your visa, so plan this well ahead of your trip.

Moscow is not a cheap city for accommodation compared to many cities. The prices below are examples but can be far higher.

Prices taken from TravelSupermarket for stays in November 2013,based on a two-night stay for two people, bed and breakfast.

There are hop on, hop off buses across the city, such as Moscow City Sightseeing, which highlight the key places of interest and some include boat trips on the Moscow River. Prices are from around £12 per person for a 24-hour ticket. A variety of tickets are on offer.

The metro system is excellent. Buy batches of 10 journey tickets on a magnetic card on arrival for around £6. It saves queuing up and is cheaper. Ensure you obtain a metro map in both English and Russian as all stations are listed in Russian on the platforms and you will need to translate these with a dual language map to find your way around. Sounds difficult but it’s fun and the stations are fantastic in their own right.

Walking is also a great way to get around the central area.

Costs are high in the city; however you can keep costs down by looking out for meal deals and set menus and buying everyday items such as bottled drinks and snacks from supermarkets and street stalls.

Prices obtained while staying in Moscow May 2013.

Please note: All prices and deals were correct at the time of writing (October 18, 2013).