Are you taking the Mickey? Why it’s cheaper to holiday in Florida than Spain

We’re always looking for a bargain here at TravelSupermarket HQ and our latest research has revealed that it’s as much as 48% cheaper to take the family to Orlando, Abu Dhabi and Dubai than popular Spanish destinations including Menorca, Tenerife and the Costa del Sol. Find out why and which great-value destinations should be on your radar.

The Canaries, Majorca, the Algarve, the Balearics and the Spanish mainland are some of the most searched for destinations on TravelSupermarket for seven-night family holidays this year. But British families may not realise that they can go miles further for miles less money!

So, it’s definitely worth comparing what you can get between long-haul and short-haul destinations for the same dates before plumping for a holiday – our research shows that you could go to a destination of your dreams for less than some of the classic British favourites closer to home!

In fact, it is 4,207 miles to Florida vs 572 miles to Menorca – so you can travel 3,635 miles further for a holiday as much as 44% cheaper. You will also get more bang for your buck with the lower-priced holidays to Abu Dhabi and Dubai as the ones we looked at were in four-star hotels whereas the hotels in the Mediterranean were three-star.

To help you enjoy a long-haul bargain, we’ve trawled our site to reveal some Med vs Florida and Middle East comparisons for three-star or above with lead-in prices for May half term, based on a family of four travelling together.

Travelling from the north west? Swap the Med for the Middle East or Orlando and save as much as £1,172 per family!*

Seven nights at the four-star Jumeira Rotana on a B&B basis with Turkish Airlines flights from Manchester on May 26 with one change.

Seven nights at the three-star Seralago Hotel & Suites Maingate East in Celebration with flights from Manchester on May 26.

There are seven-night package holiday deals from Manchester over May half term starting from £318pp (with a change in Amsterdam). Or seven-night breaks at the four-star Novotel Abu Dhabi Al Bustan Hotel with direct flights with Etihad on May 26 from Manchester from £350pp.

Seven nights at the three-star Apartamentos Lentiscos at Cala’n Forcat with flights from Manchester on May 26.

Seven nights at the three-star Globales Tamaimo Tropical in Puerto de Santiago with flights from Leeds Bradford on May 26.

Seven nights at the three-star Apartamentos Del Rey in Cala de Portinatx on a self-catering basis with flights from Manchester on May 26.

Travelling from the south east or London? Go to the Middle East instead of the Med and save as much as £968 per family!

Seven nights at the four-star Novotel Abu Dhabi Gate on a room-only basis with flights from Gatwick on May 26.

Seven nights at the four-star Jumeira Rotana on a B&B basis with flights from Gatwick on May 26.

Seven nights at the three- star Seralago Hotel & Suites Maingate East in Celebration with flights from Heathrow on May 26.

Seven nights at the three-star Annabel Apartments in Cala Galdana with flights from Gatwick on May 26.

Seven nights at the three-star Casablanca in Puerto de la Cruz on a self-catering basis with flights from Stansted on May 26.

Seven nights at the three-star Muthu Grangefield Oasis Club Mijas Costa on a self-catering basis with flights from Southend on May 26.

Why are package holidays to Spain so expensive this year?

Many Spanish hoteliers have been putting up their prices following a bumper year in 2016. So, this year, package holiday prices to Spain tend to be higher than to many other short-haul options across the summer – prices are coming up cheaper to countries such as Turkey, Italy, Portugal, Croatia and France.

Also, the euro exchange rate means you don’t get as much holiday spending money for meals out and attractions as you used to. And, despite the exchange rate improving over the last couple of weeks, there’s no knowing how it will fluctuate as Brexit negotiations continue this year.

Why are packages to Florida cheaper?

Package holiday prices to Florida have dropped by as much as 35% year-on-year according to our analysis, following a slump in the sterling to dollar exchange rate in 2016 following the Brexit referendum (which was great for Americans visiting the UK, but not good news for British holidaymakers visiting the USA) and a dip in worldwide visitor numbers – the Trump Slump – following the President’s inauguration.

Brits have always been one of the US’s biggest inbound markets and Florida, particularly Orlando, relies heavily on tourism and can’t afford for us not to go there. Hoteliers, tour operators and airlines have reduced their prices significantly in the hope of encouraging Brits back.

With package holidays now currently available from less than £350 each for a week and the pound strengthened in January by 9.4% against the US dollar compared with last January, the Trump Slump is likely to be reversed where Brits are concerned.

Orlando is also rising in popularity with TravelSupermarket customers – it is the 4th most searched for destination this year so far on our site (compared with 7th last year) and is above popular places such as the Costa del Sol and the Canary Islands. Also, with the weakened dollar and the still weak sterling to euro exchange rate, the price of eating out in Spanish resorts and Florida is very similar – although you do need to factor in tipping in the US.

Why are there great prices to the Middle East? 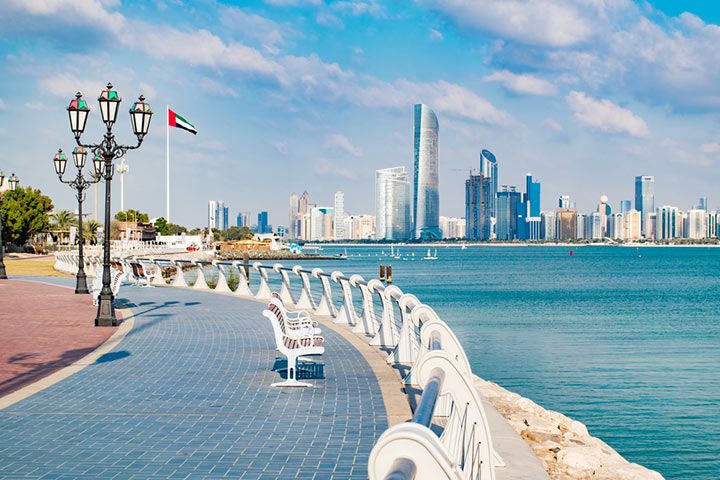 Competition in the UAE has seen holiday package prices drop by around 10% compared with a year ago, according to our data.

Dubai is now the 6th most visited destination in the world according to Euromonitor with camel rides, beaches, theme parks and a high quality range of hotels being just part of the appeal.

And Abu Dhabi is nipping at Dubai’s heels, with theme parks of its own (Ferrari World) and the newly-opened Louvre in November among its attractions. Muscat, Oman, is also creating further competition – which means lower prices across the board.

Please note: All prices were sourced via TravelSupermarket.com on February 13, 2018 and are based on a family of four with school-age children (e.g. 5 and 10) travelling together on May 26 for seven nights and staying in three-star or above accommodation. These are the current best prices for three-star or above packages. Prices are subject to change and availability.

10 common mistakes Orlando newbies make and how to avoid them

Read moreabout How to do Orlando on a budget
Guides