Book your holiday with confidence

Find flexible bookings with our partners

Fancy an all-inclusive lie-by-the-pool two-week break? A cultured weekend in the city? How about a hiking trip? Or a gastronomic pilgrimage? A holiday to Spain can be all of these things – and much more besides.

Despite its diversity of offerings, most British visitors book package holidays to Spain where sun, sea, sand and sangria-fuelled wild nights top the agenda.

Cheap holiday deals – ranging from budget breaks to all-inclusive holidays to Spain’s most exclusive stretches of coastline – are easy to find in resorts on the Costa Blanca and the Costa del Sol, which promise bleached-white beaches and blazing temperatures, as well as kids’ clubs and waterparks – tempting diversions for family holidays to Spain.

Away from the mainland, the Canary Islands tempt the Vitamin-D deprived with everything from budget self-catering breaks to all-inclusive holidays in Spain. Cheap holidays to Spain’s Balearic Islands of Majorca, Ibiza, Costa Adeje and Menorca mean fun in the sun for all.

Spain’s Atlantic coast is a less-tapped resource. Water sports enthusiasts go weak at the knees for the empty, no-frills beaches of Costa de la Luz on the south-west coast, while surfers will be smitten with the swells of Spain’s Atlantic north-west. 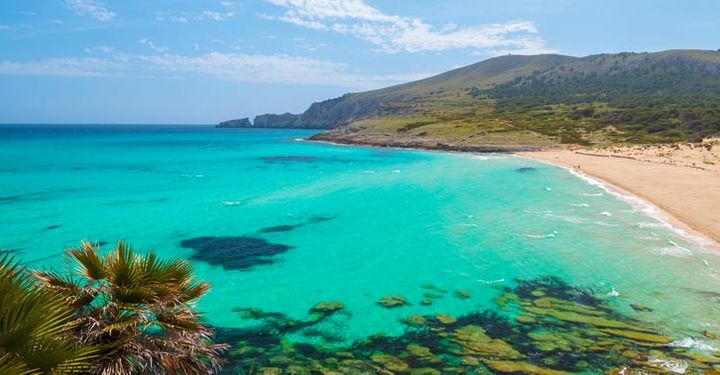 When it comes to cities, Spain throws up an impressively lengthy list. Try luxury holidays in Madrid, where you can while away hours studying staggering museum collections, or head to Bilbao, which serves up an abundance of awesome art.

Barcelona, with its Gaudí creations, top-notch tapas bars and enticing urban beach, is another top pick for mini-breaks. Naturally, these headliner cities tend to be more expensive.

For a cheap holiday in Spain, look for a pensión in rural Andalucía, where a glass of vino tinto could cost you less than two euros.

Of course, holidays to Spain aren’t solely about beaches and cities. You can also venture inland for cheap holidays in Spain, to hike the jagged pinnacles of the Pyrenees, scurry away from bulls in Pamplona, fling blood-red tomatoes at strangers in Buñol or trek along the Camino de Santiago. Wherever you go, you’ll probably stumble across a party. Even the humblest hamlets host fiestas fit for a king.

It’s easy to assume that all of Spain enjoys a hot, Mediterranean climate, but this is a massive oversimplification. Spain is a very large country that encompasses a variety of climates.

Generally speaking, summer is hot no matter where you are in Spain. The real differences come into play in winter. The northern regions are colder, while the interior can be snowy. The Atlantic coast, meanwhile, is more temperate and wet weather is much more common here during the winter months.

In most parts, high season falls between June and August, and this is when hotel and package holiday prices peak. If you are looking for a holiday deal, try early summer (May) or early autumn (September) instead.

The major exception to this rule is Madrid, which actually gets quieter in July and August as Madrileños go off on their holidays. If you can withstand the baking temperatures, this can be an affordable time to visit the capital.

Festivals in Spain are a dime a dozen, which means that no matter when you holiday, it will probably coincide with at least one dizzying fiesta. The biggest crowd pullers, such as Pamplona’s Fiesta de San Fermín (Running of the Bulls) and Barcelona’s La Mercè festival, drive up airfares and accommodation rates.

The Basque Coast: The Spanish costa with a difference

This stretch of Spain is unlike any other part of the country. From its unique language to its food traditions, they do things differently here. And that's exactly why you should check it out.

Read moreabout The Basque Coast: The Spanish costa with a difference
Inspiration

Secret Spain: How to escape the tourist trail

These ten lesser-known Spanish experiences, from crowd-free beaches to gourmet getaways, are guaranteed to transform your holiday from memorable to magical.

Barcelona and Madrid are just the beginning of Spain's cosmopolitan offerings! From Bilbao to Malaga, discover the best of Spain's unsung cities with our guide to the alternative Espa�a.

Take a look at these top destinations...