*Based on an individual aged 31 with no pre-existing medical conditions taking single trip cover for 7 days to Spain. Cover starts on October 1, 2022 and ends on October 7, 2022. Price correct as of September 30, 2022.

Get a new quote

Glasgow's location makes it a great base for exploring Scotland. So once you've enjoyed what the city has to offer, get yourself into a hire car and hit the road. From the breathtaking Loch Lomond to the historic Crianlarich village and the buzz of Edinburgh, adventure awaits.

It’s possible to find cheap car hire deals at several locations throughout the city in 2023. If you want to hire a car in central Glasgow, then Avis, Hertz, Thrifty, Sixt and Alamo all have branches close to Glasgow Central Station.

If you’re flying into the city, and looking to hire a car, Glasgow Airport (GLA) is by far your best option. Located just under nine miles (14km) outside the city in Paisley, it takes, on average, 20 minutes to get into the centre of the city by car. There are plenty of car hire companies to choose from too, from well-known brands to independent businesses.

Picking up your rental car is relatively simple at Glasgow Airport – most of the companies have offices near domestic arrivals. A few, such as Europcar, Thrifty and Sixt, are a short walk away, but easy to find.

Once you’re got your keys, the drive into Glasgow City Centre is straightforward – head east on the M8 and follow the signs.

Thanks to its compact grid system, Glasgow is an easy city to navigate, especially on foot or via public transport (which tends to be reliable). Driving, while not necessarily difficult, can be tricky, especially if you’re unfamiliar with the city centre.

There are, for example, lots of one-way streets, which even the council has acknowledged are a little confusing. You’ll also need to watch out for streets that are only for buses and taxis – if you end up on one of these, you could be fined.

To minimise this risk, and for an altogether smoother driving experience, plan your route through the city in advance, using a satnav or a GPS-activated smartphone as a backup. Traffic in Glasgow tends to be bad during commuter times – early morning and late afternoon – and especially on the M8. It’s best to avoid those times altogether.

Finding a parking spot in central Glasgow can be tricky and is often expensive, but there are several car parks to choose from, especially near the river. On-street parking does exist too, but there are often restrictions on how long you can stay, and prices can climb as high as £3 an hour. A cheaper and easier option is to park further out and get on the subway to the centre, or make use of a park and ride like those found at Shields Road subway station, Kelvinbridge and Bridge Street.

For some fresh air and green space, head to Pollok Country Park, a short drive from the city centre. The sprawling public park, formerly part of the Old Pollok Estate, has plenty to see and do, including woodland walks, pretty gardens and picnic spots. It's also home to the Burrell Collection, an extensive collection of art and antiques. 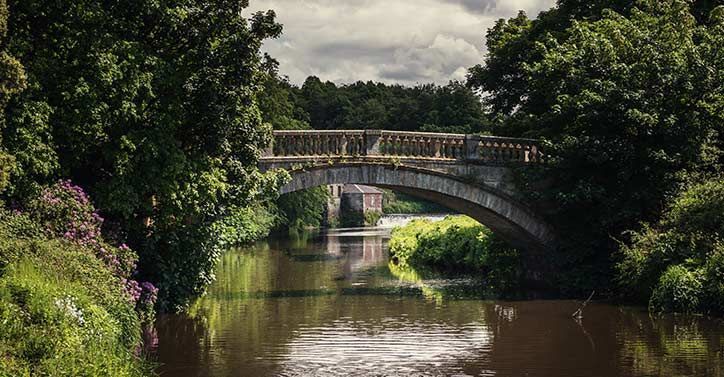 Sitting on the banks of the River Clyde, just north of Glasgow, Helensburgh is an elegant town best known for The Hill House. Designed by architect Charles Rennie Mackintosh, this National Trust for Scotland-owned building is a beguiling mix of Art Nouveau, oriental and traditional Scottish styles, decorated with Mackintosh’s trademark organic forms (currently closed for renovation). The town is also a good gateway for exploring the sea lochs around the mouth of the Clyde. 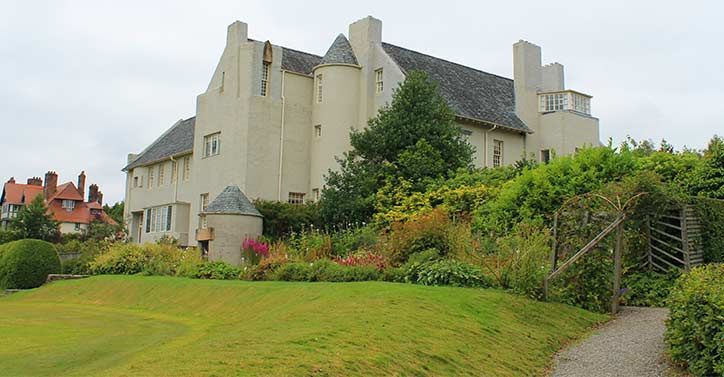 You can’t visit Glasgow without checking out the stunning scenery of the Scottish Highlands. The famous Loch Lomond – a picturesque lake surrounded by great walking routes – is an easy run from the city along the A82. Once you reach the lake, drive as far as you can along the quieter eastern shore before parking up. From there, you can enjoy the magnificent views and surrounding woodland, and even spot deer, otters and golden eagles.

Discover more on our blog
Revealed! The cheapest time to book a hire car is...

Read moreabout Revealed! The cheapest time to book a hire car is...
7 car hire rip-offs and how to avoid them

7 car hire rip-offs and how to avoid them

Read moreabout 7 car hire rip-offs and how to avoid them
Scotland road trip: Taking the scenic route to Kintyre

Read moreabout Scotland road trip: Taking the scenic route to Kintyre
Why the Scottish Borders should be your next staycation spot

Why the Scottish Borders should be your next staycation spot

Find answers to your questions