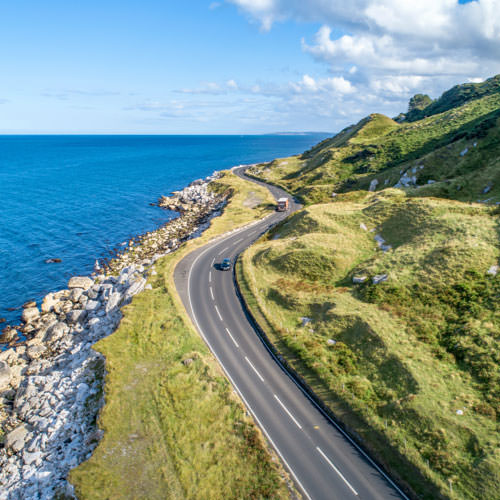 A plethora of ancient and fascinating sites makes car hire in Tunisia a useful element of your holiday in the sun.

Find cheap deals on Tunisia car hire with TravelSupermarket and start planning your trip into the past. Located at the northernmost tip of Africa, where the continent meets the blues of the Mediterranean Sea, Tunisia is a great taster for the cultures, cuisine and traditions of the region.

Between spring and autumn, holidaymakers flock to these sun-bleached shores, where the beaches draw comparisons with neighbours across the Med. While the beaches look similar – long ribbons of white and golden sand lapped by sparkling azure waters – life in Tunisia is very different. Visitors love the bustling medinas, the souks laden with all manner of tempting goods and the uniquely spicy and flavoursome food dished up with equal dedication by both top-notch chefs and vendors that make their street food sizzle under the stars.

The mountains of the interior soar towards the stratosphere, claiming snowy peaks, while the desert sands drift for miles and miles, creating a sea of gold. In the midst of it all are uniquely Tunisian attractions. See below for ideas on what to see in this ancient and captivating land.

The best way to save money when you rent a car in Tunisia is to book before you travel, as far in advance as possible. There are numerous car-rental companies around Tunisia and places in which you can collect your pre-booked vehicle. Sites include the nation’s airports and locations in downtown areas. Compare prices now when you use the search tool on TravelSupermarket.

Wherever you choose to stay in Tunisia, there are certain to be plenty of interesting places nearby that make car rental worthwhile.

If you are after a relaxing holiday in the sun, it’s likely you’ll have chosen one of the resorts on the north-eastern stretch of the Tunisian coastline. Destinations such as Hammamet, Port El Kantaoui, Sousse and Skanes draw sun-seekers, as does the island of Djerba, much further south.

From the resorts of the north east it’s easy to access Monastir (it’s a 40-minute journey by road, for example, between Sousse and Monastir). Visit the ribat – it was a filming location for Monty Python’s Life of Brian. In El Jem, a little way south of Monastir, the remains of the largest coliseum in North Africa draw crowds, just as they did when the amphitheatre held an incredible 35,000 spectators.

Film fans will be keen to check out scenes from the Star Wars movie franchise – there’s a clutch of locations in and around Djerba, in the south east, as well as a handful in the far south-west of Tunisia. Djerba is also a great base if you plan to see the underground dwellings of Matmata. It’s a three-hour drive inland from Djerba, but this Berber town is absolutely fascinating – and another essential stop for fans of Star Wars.

If you are flying into Tunis, the outlying suburb of Carthage is a must-see. It was once the seat of the almighty Carthagean Empire. Visitors will also want to check out the pretty village of Sidi Bou Said before hitting the beaches at La Marsa.