10 things to do on a city break in Belfast

The Northern Irish capital is experiencing a huge resurgence in interest as a tourist destination. After many years of relative peace, and the recent centenary of the sinking of RMS Titanic – the iconic liner built in Belfast’s dockyards – the city is on the up.

Belfast has an infectious atmosphere with a fabulous sense of humour, an ever-growing range of places to eat, drink and be entertained, and a small town feel which makes getting around easy.

Our top ten things to do in Belfast have been tried-and-tested by the experts at TravelSupermarket - enjoy! 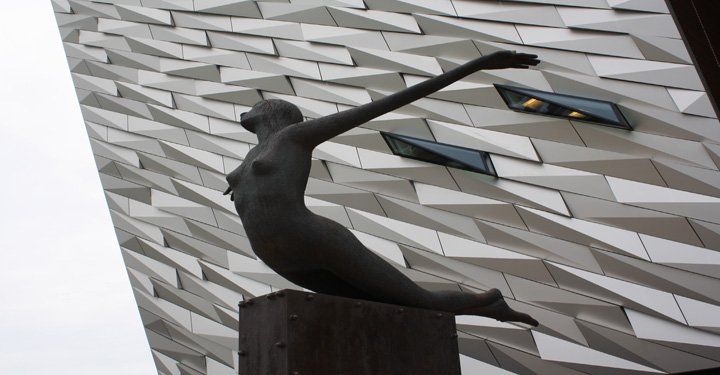 You can’t escape the influence that this ship has had on the city. In 2012, during the centenary of the loss of this famous vessel to an iceberg in the North Atlantic, the brand new Titanic Belfast centre opened to the public.

The stunning design of the venue is meant to remind you of two ships being built side-by-side in the Harland & Wolff shipyards, and the building contains a fantastic series of interactive displays on Belfast’s industrial heritage – as well as, of course, the history of Titanic herself from inception right up to exploring the seabed and finding the wreck.

You can see recreations of cabins on board, learn fascinating facts about the vessel and even enjoy afternoon champagne teas in a recreation of the famous grand staircase from the ship.

It’s a romantic, intriguing and gripping exhibition which is well worth the admission fee. Allow at least half a day to explore. 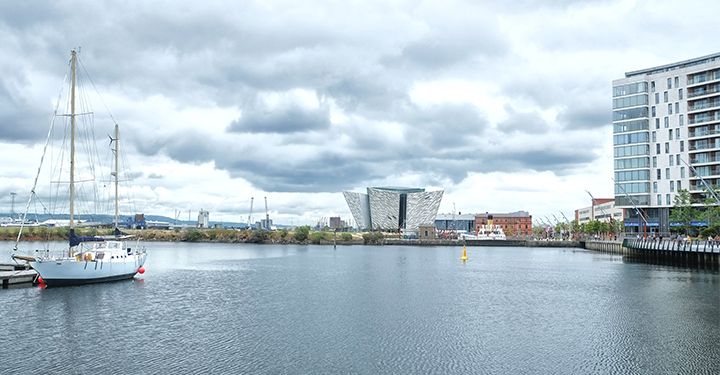 Once you have come up for air from the Titanic Belfast experience, the Titanic ‘show’ goes on in the Titanic Quarter – an area just beyond the museum.

You can visit the actual docks where the ship was built alongside its sister liner ‘Olympic’. When the construction took place, this was the largest dry dock in the world, and you can walk down into the huge chasm and explore the Pump-House.

Buy a joint ‘combo’ ticket for the Titanic Belfast and the Pump-House to save money. And don’t forget to take a look at ‘SS Nomadic’ moored up nearby. This was one of the original tenders used to serve the Titanic – and the only vessel that survives from the famous White Star line. 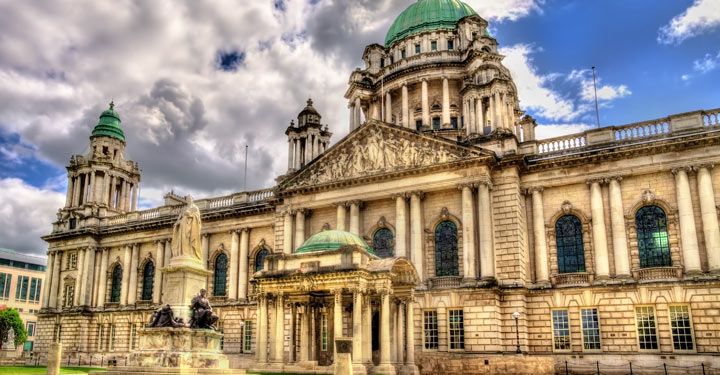 This is a stunning Edwardian civic building in the centre of the city which was built during the early part of the 20th century.

Take a tour around the beautifully decorated interior and learn about its history or walk in the gardens to discover the Titanic memorial and art work and statues linked to everyone from Queen Victoria to President Clinton. If you are ready for a cuppa, there’s even a café, the Bobbin Coffee Shop. 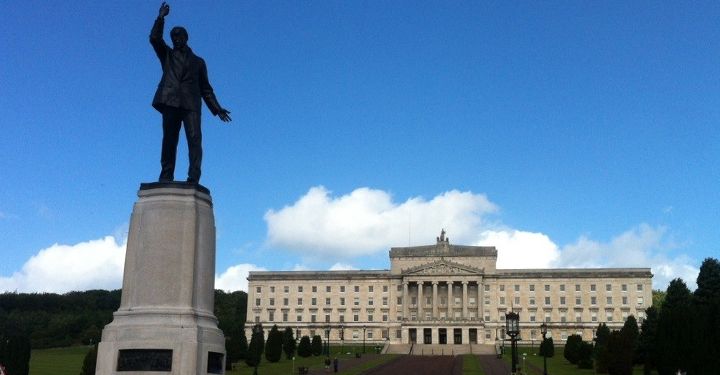 If you've seen Stormont on the TV in news reports about Northern Ireland and you may have imagined it to be way out of the city in the countryside. However, this building is just 15 minutes from the city centre, set in parkland, and enjoys imposing views across Belfast to the Black Mountain and Belfast Hills.

The building is occasionally open to tours, where you can see the two chambers as well as offices of the First Minister and other important dignitaries. It's absolutely fascinating.

If you visit, get your guide to explain the painting of the modern-day Northern Ireland Assembly politicians by Noel Murphy called ‘Assembly Artwork’. It’s hung in the Senate Chamber and reveals much about the machinations of politics in this city and beyond. 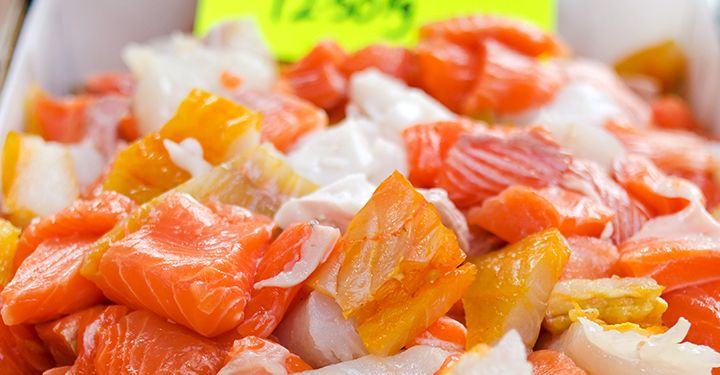 This covered market is one of the centre pieces of life in the city.

At weekends it is thronged with locals and tourists alike, exploring the many food and craft stalls looking for great-quality produce and interesting gifts and artefacts.

The building dates back to 1896 and is a fun place to hang out and enjoy a snack or coffee in between shopping. 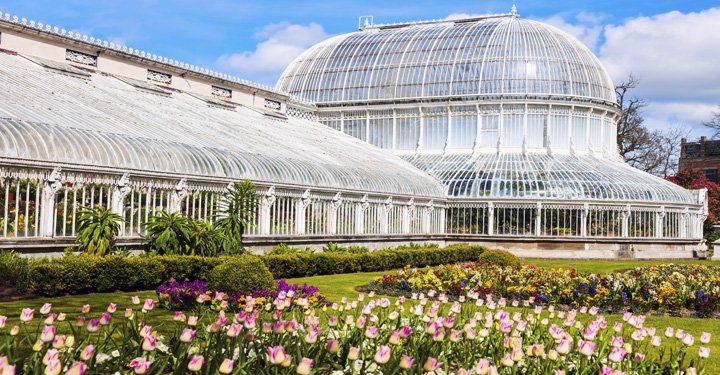 This museum is located in the botanic gardens near the university. It’s a little gem of a museum with an eclectic mix of exhibits and galleries, many of which you can interact with. As well as a decent collection of Irish art, you’ll come across everything from dinosaurs to treasures recovered from an old Spanish galleon.

After a tour around the building, explore the gardens being sure to look out for the Palm House dating back to 1852 and the Tropical Ravine. 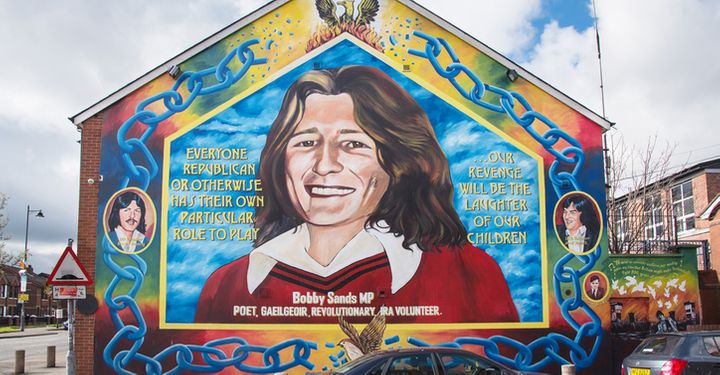 You can’t escape the fact that Belfast is a divided city. There are peace walls and security gates dividing staunch Catholic and Protestant areas with political murals across the most loyally defended parts of the city.

There is nothing quite like this anywhere else in Europe and taking a bus or walking tour to see and hear about the background to the artworks is an absolute must.

DC Tours and Belfast Mural Tours offer a number of locally-guided trips in the city including the famous Black Taxi Tour covering off areas such as the Falls Road and Shankill Road as well as the city centre and the Europa Hotel – once known as the most bombed hotel in Europe. 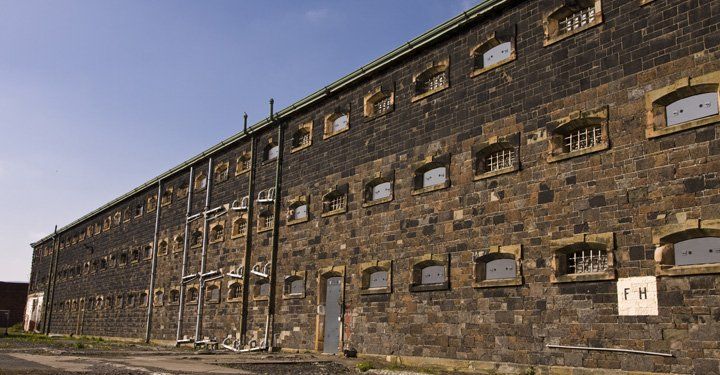 The former prison, which was taken out of service in 1996, is now a museum and conference centre close to the city centre.

Tours of the goal are led by charismatic and enthusiastic guides, and they'll take you through the prison wings, execution cells, tunnels to the courthouse, and learn about the history of this building and its impact on life in the region. It’s brilliantly done and very educational.

If you want a bit of light relief after your tour, there’s a café and the building hosts many events from music performances to tours of the paranormal. 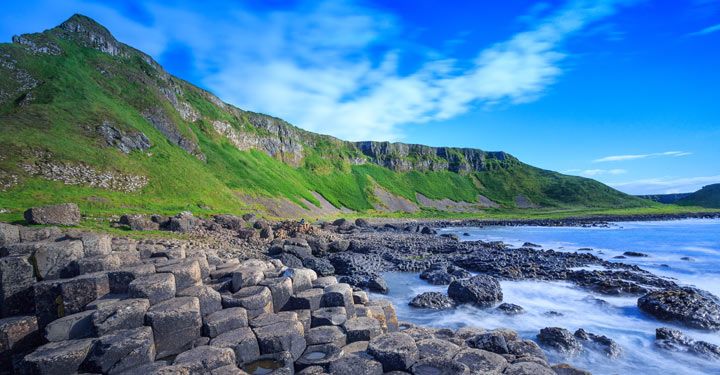 One of the most popular day trips you can do on a Belfast city break is to head north to Giant’s Causeway on the coastal route to this National Trust-run treasure. It’s Ireland’s only World Heritage Site and the route there is known as one of the world’s most spectacular drives with scenic views across to Scotland, out into the Atlantic and of imposing cliffs.

Stop at Carrick-a-Rede Rope Bridge for a chance to walk across the old fisherman’s bridge, the Bushmills Distillery and, of course, the Causeway itself, complete with a brand new visitor centre which was nominated for the 2013 Stirling Prize for architecture.

The place is awash with myths, stories and charm and is incredibly scenic. The stones themselves are just stunning – how did Mother Nature come up with that one? 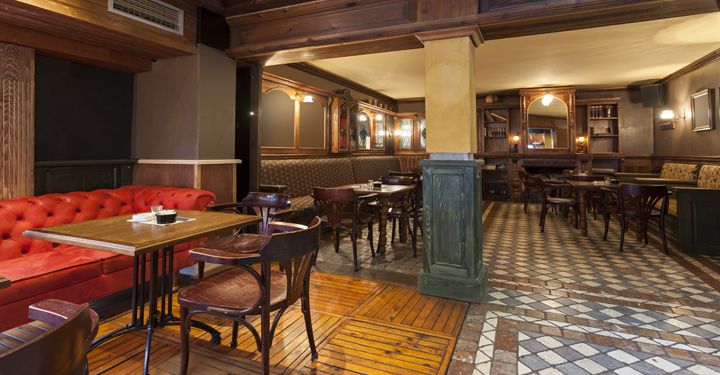 The city is packed with places to drink and enjoy the ‘craic’. Visit the historic Crown Liquor Saloon on Great Victoria Street – a must for tourists complete with old tiling, private wooden drinking booths and gas lamps. They also have dining rooms with authentic Irish fayre such as champ, coddle, stews and colcannon.

Continue your Guinness drinking in the Duke of York, which has its history in the newspaper trade; try The John Hewitt in the Cathedral Quarter; or pop into Kelly’s Cellars dating back to the 16th century. Many of the city’s pubs also offer great food and entertainment.

You can fly to Belfast on flights from major airports in England, Scotland and Wales. Carriers that service the destination include easyJet, Ryanair, British Airways, Flybe and Aer Lingus. Flights take up to an hour  and 20 minutes and prices start from as little as £20 one way. However, prices can reach £250 one way, so the earlier you book, the cheaper the flight is likely to be.

Belfast has two airports. George Best Belfast City Airport is only three miles from the city centre and is served by the regular Airport Express 600 Service. It costs around £2.50 one way and takes about 10 minutes. A taxi will cost around £10.50 each way.

Belfast International Airport is 17 miles from the city centre with buses costing £11.50 return and taking up to 40 minutes. A taxi will set you back around £40 one way.

Prices are taken from TravelSupermarket for stays in November 2019 and are based on a two-night stay for two people sharing.

Consider package holidays, too, and compare these against the price of separate flights and hotels as packages offer ATOL protection.

The city is fairly compact and easy to walk around but, as in any city, you will find tourist buses operating hop-on-hop-off services. Prices for these tours start at around £13 per person for a ticket lasting 48 hours. They are a great way to get to the major sights using one transport ticket. And, of course, the journey comes complete with a local tour guide offering insight about the city.

There are also a range of Metro bus services across the city with tickets available on board and in ticket booths. The Belfast Visitor Pass, costing £6 for one day or £11 for two, offers unlimited travel within the city, plus discount on selected tours and attractions.

Ulster Bus and NI Railways services run to outlying areas and across the province.

Prices taken from numbeo.com on September 9, 2019

The currency in Northern Ireland is British pounds, however you will find bank notes are also in use from banks based in the province. These include Ulster Bank, First Trust and Bank of Ireland.