10 things to do in Cologne

With the Christmas market season now upon us, it’s an excellent time to visit the German city of Cologne and make the most of the festive season. There are a number of markets around the city and when you have finished browsing the stalls, there is still plenty to see and do. It’s a year-round city, so there’s always something on offer, no matter when you travel.

Here are our top 10 things to see and do. 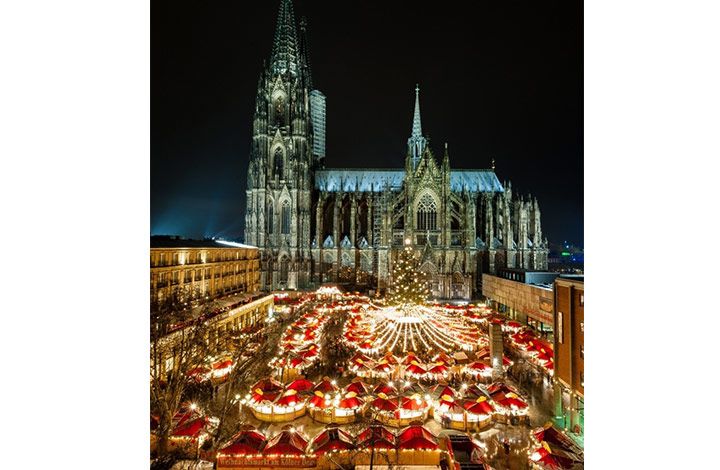 Cologne has one of the largest collections of Christmas markets in Germany, with seven different sections dotted around the city centre, including Home of the Elves, Angel’s Market, and the Fairytale Market.

Cologne Cathedral and Neumarkt are the largest markets, and you’ll find everything from traditional decorations for the tree to gifts for the family, as well as speciality foods for the table and, of course, plenty of stalls selling warming gluhwein and German sausages, or currywurst, as well as roasted almonds. Markets start in the last week of November and run until just before Christmas. Wrap up well! 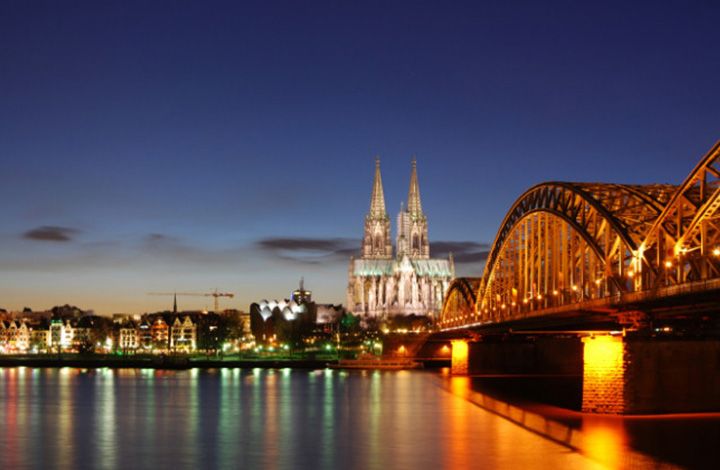 Cologne’s cathedral, or Dom, has the largest façade of any cathedral in the world and is undergoing an external facelift to clean the fascia and change the surrounding pedestrian area. It’s a stunning piece of architecture, dating back to the 13th century in parts, and has an impressive series of stained glass including a piece by Gerhard Richter. Climb the towers (all 509 steps) for fantastic views across the city, and pop in on Sunday morning to watch the morning service with its choral singing and high theatre.

Cologne is a world-class centre for modern art, and the Ludwig museum never fails to put on a show. With wide ranging and impressive permanent collections, including Warhol and Duchamp, there are also regular shows by touring artists. Currently you can see ‘Not Yet Titled’ – a fresh look at the museums’ permanent collection – until January 2014. And if you have cash to flash, head to one of the many private galleries around Willy Millowitsch Platz to buy something for your home.

What I love about the Schokoladenmuseum is its excellent café overlooking the Rhine. Enjoy one of the superb ranges of cakes with a piping hot chocolate while watching the boats go by, and then dive into the museum before sampling warm flowing chocolate from the fountain at the top of the building. Finish your visit with a trip to the shop to stock up on take-away choccy goodies.

5. Walk on the lovers’ bridge 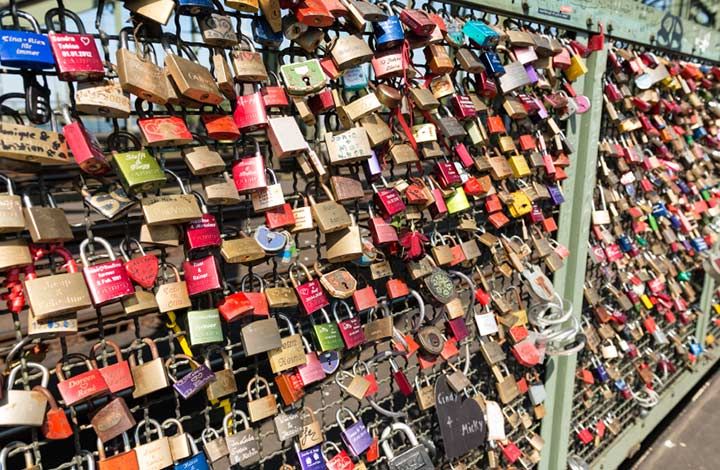 The huge Hohenzollernbrucke rail and pedestrian bridge sits just outside Cologne’s main rail station and crosses the Rhine. These days it’s famous for the thousands of padlocks which have been locked into position on the metal grills by lovers sealing their love for each other, before throwing the keys into the fast flowing river below as an act of love.

6. Take a trip on the Rhine 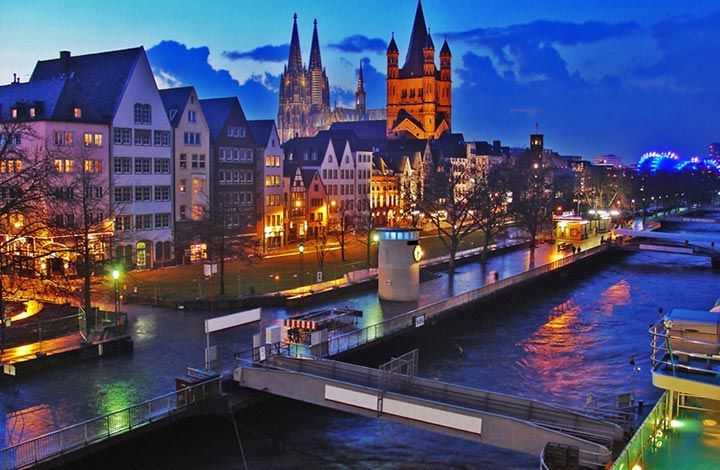 Moored on the riverside of the Old Town are the many Rhine cruise boats which offer a range of trips along one of the most scenic rivers in Europe. Cruise to Koblenz and beyond for vistas of hill top castles and vineyards, or take a party cruise for dinner and dancing. You’ll see a completely different view of the city from the water.

Although much of the old town was bombed in the Second World War, many of the buildings were rebuilt to give you an impression of what the Alter Markt area looked like. It’s an area full of cafes, beer halls and restaurants, and is busy all day long and well into the evening. Wander its cobbled streets to soak up the atmosphere.

No visit to Cologne is complete without a visit to a traditional beer hall, or brauhaus, such as Brauhaus Peters. Local breweries make the famous Kolsch beer, a light coloured brew served in small, tall glasses to stop it going flat and losing its taste. It’s refreshing and very tempting, so be careful how many you drink.

9. Shop till you drop

Cologne has very good shopping, with two distinct main shopping areas in the city centre. The main pedestrianised strip runs from just outside the doors of the Dom through to Neumarkt and is home to mainstream brands such as Zara, H&M, Galeria Kaufhof, Peek & Cloppenburg and Habitat. Along Ehrenstrasse you’ll find designer boutiques and fashion labels mixed in with trendy cafes and bars, as well as bookstores and food shops.

Cologne has a reputation for hosting world-class musicians at the concert hall underneath the modern art museum. Classical music lovers will enjoy the repertoire in this purpose-built hall. If you are more modern in your tastes, the Lanxess Arena hosts big international artists, or head for venues such as Essigfabrik and Live Music Hall for up and coming acts.

Fly to Cologne year round. Non-stop flights from the UK take just over an hour with easyJet from Gatwick or with Germanwings from Heathrow, Stansted, Birmingham, Manchester and Edinburgh. Alternatively, you can fly into Dusseldorf and take the train direct into Cologne (around 30 minutes). You can also fly via European hubs such as Amsterdam or Paris. Prices can be as low as £19.99 one way but can go as high as £300 return, so book early for the best deals.

On arrival at Cologne Airport you can reach the city via the airport train or Sbahn, taking around 15 minutes and costing just over €2 one way. You arrive at the central station in the heart of the city centre. Taxis take around 20 to 30 minutes and cost approximately €25 one way.

If you prefer not to fly, take the Eurostar to Brussels or Paris and change for services to Cologne. Returns start from around £129 and the journey takes approximately five hours from London.

Cologne has a range of accommodation options. Prices below are examples but can be far higher at peak times. Early booking is advised for finding the best prices.

Prices taken from TravelSupermarket for stays in January 2014, based on a two-night stay for two people, bed and breakfast.

Cologne has an excellent public transport system with tram, underground, trains and buses. One way tickets cost from €1.70 and you can buy daily and weekly tickets. There are also hop on hop off bus tours costing from £14 per person.

Walking is also a great way to get around the central area.

There are many places to eat out in Cologne, with everything from street stalls through to high-end restaurants on offer. There are also plenty of places to buy snacks and groceries to keep costs down.

Prices obtained from personal travel to Cologne in October 2013.