13 of the most crystal clear waters on Earth

Some are lakes, some are oceans, and all are natural. We wouldn’t go so far as to claim this is the definitive list of the world's most inviting crystal clear waters, but we would heartily recommend you make a trip to these spots when you can. Come dive in... 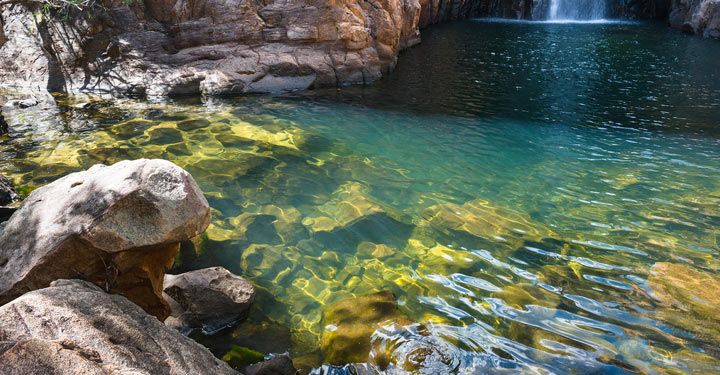 The waters in this Australian red rock cave are perfectly clear. The only distortion is caused by ripples from the idyllic waterfall in the background – serene! 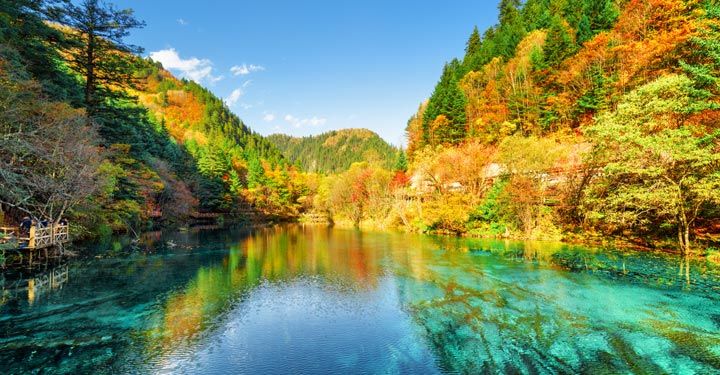 Set in the Jiuzhaigou Valley in the northern Sichuan Province of China, Five Flower Lake is famous for the stunning patchwork of ancient trees that lie beneath the surface. These are some of the clearest natural waters known to man. 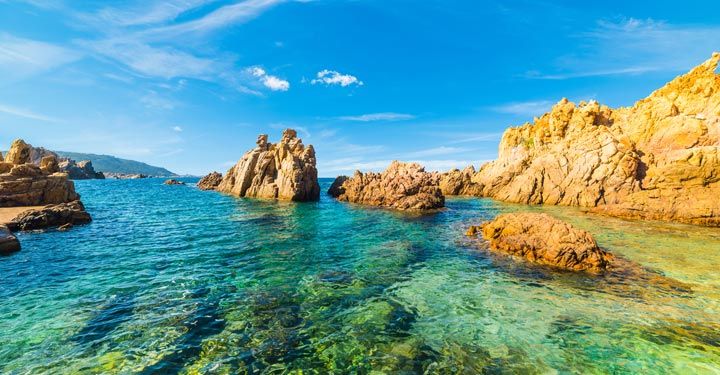 A highly popular tourist destination, Sardina boasts some of the clearest waters in the Med. The second-largest island in the Mediterranean Sea, Sardinia is home to rare species such as the Mediterranean Monk Seal, the Albino Donkey and the Mouflon. 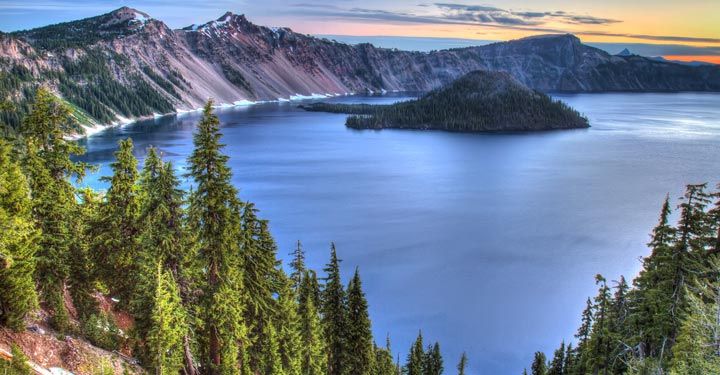 Formed by the collapse of the volcano Mount Mazama some seven-and-a-half thousand years ago, Crater Lake is one of the most astonishing freshwater lakes in the world. The lake bed is clearly visible to a great depth! 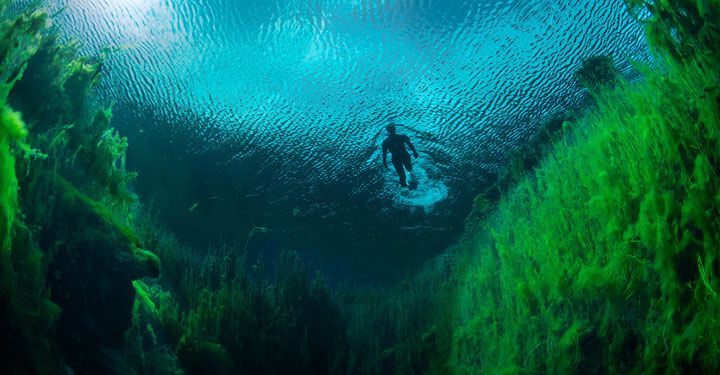 Unlike some others on this list, Piccaninnie Ponds nature reserve in South Australia is something of an undiscovered gem. Divers must obtain a special permit before they delve into its startlingly clear depths. 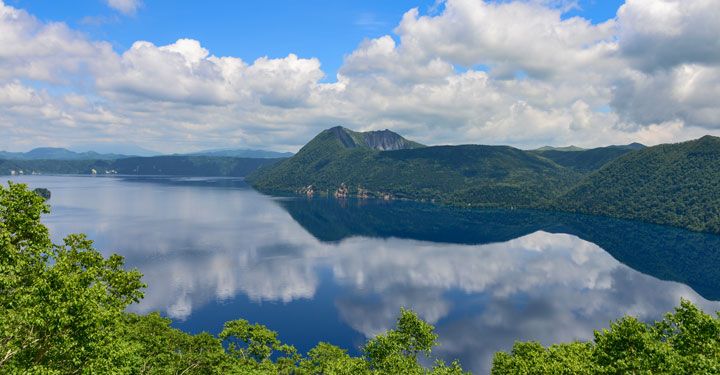 Officially one of the clearest lakes in the world, Lake Mashu takes its moniker from the neighbouring mountain peak, Mount Mashu. It was originally named “Lake Mashin”, meaning “Lake of the Devil”. The transparency of the waters has been measured at 41.6m, making it a contender for the clearest lake on the planet. 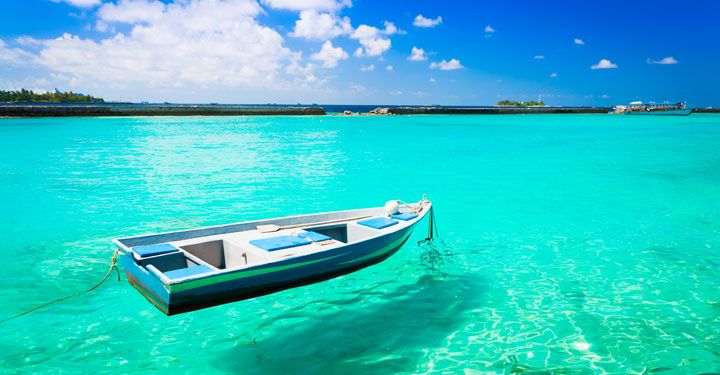 The Maldives are one of the world’s favourite tourist destinations, and there are plenty of reasons why – sun, sea and beautiful islands. A local vessel here highlights the beautiful waters – it’s so clear, you can clearly see the boat’s shadow on the bottom! 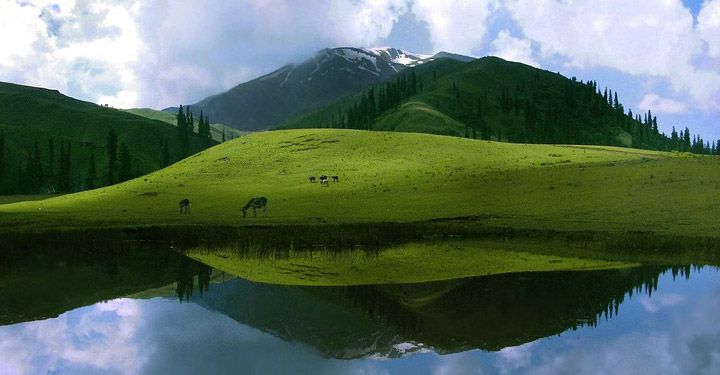 Situated in northern Pakistan, the natural lake is so perfect you might easily mistake it for something man-made. With an awe-inspiring mountain backdrop and animals roaming its banks, Sheosar Lake surely deserves a place on this list. 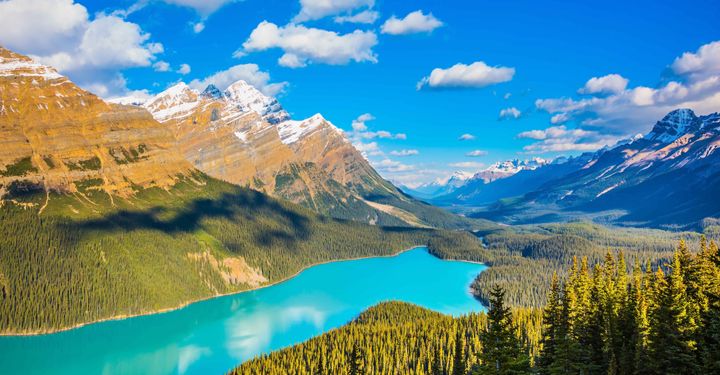 No, that’s not Photoshop – the waters here really are that colour! The eye-catching turquoise of Peyto Lake in Canada is caused by glacial rockfall, and the effect is a magnificent one. 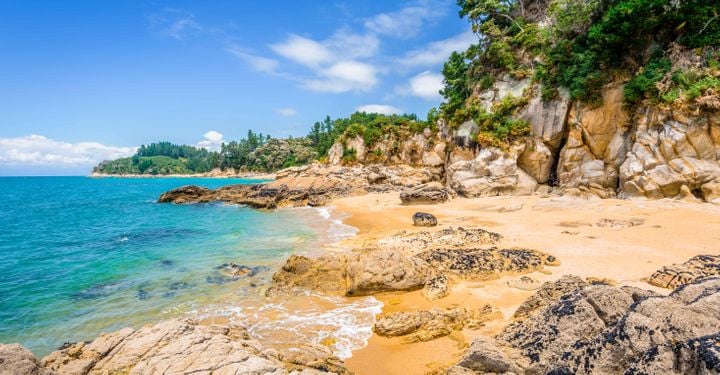 Named after Abel Tasman himself, an explorer whose name lends itself also to the Tasmanian Islands, these gorgeous waters sit on the northern tip of New Zealand’s South Island. 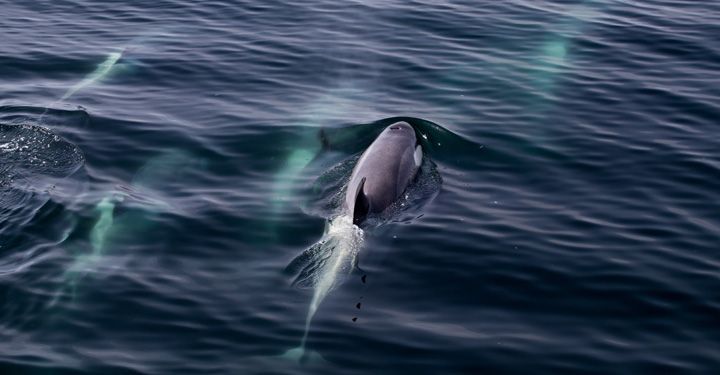 The Weddell Sea has been claimed by scientists to have the clearest waters of any ocean in the world. Described by a historian as “the most wretched and dismal region on earth”, due to the flash freezes that caught Shackleton’s ship, its clarity is only belied by the sheer depth of the ocean below. 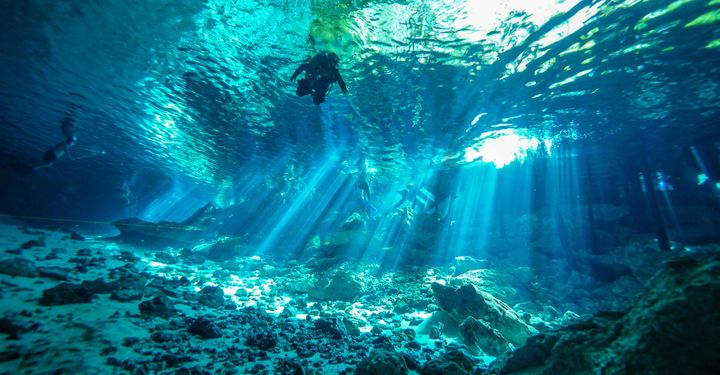 Perfect for scuba diving, the clear waters around popular Mexican resort Cancun are some of the most beautiful in the world. 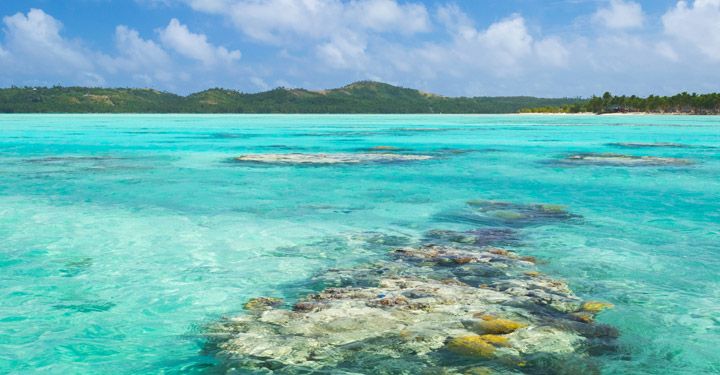 Initially named the Hervey Islands by James Cook in 1773, the Cook Islands were renamed in his honour by the Russians in the 1820s. Here, you can clearly see the white sand beneath the surface – it’s so very clear!

8 of the world's dreamiest long-haul beaches

11 of the best urban beaches in Europe

Read moreabout 11 of the best urban beaches in Europe
Inspiration

10 beautiful beaches that are nowhere near coastlines