Search all the top booking sites - in one place

Hopping across the channel to get to France from the UK is quite straightforward, with the options of flying, driving or taking the train.

If you’re not too bothered about taking the scenic route on the rails and speed is of the essence – which, if you’ve got kids to entertain or limited time, is fully understandable – catching a flight to France is the most efficient option.

Not only is it a short journey, at between 90 minutes and two hours in the air, flights to France are frequent, with at least 20 flights to Paris Charles de Gaulle Airport (CDG) per day – and that’s just from London. 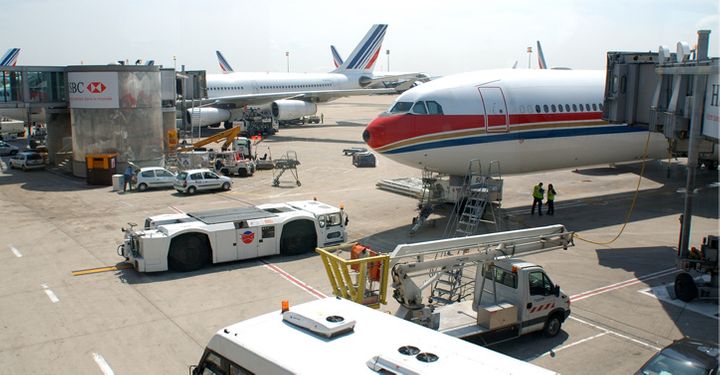 Compare and book direct flights from Gatwick to France  – it’s one of the most popular airports from which to take off for the short hop across the English Channel.

Travellers hoping to board flights to France from regional UK airports are also well served. There are plenty of low-cost flights to France in 2022 from bigger city airports such as Manchester, Birmingham, Glasgow and Belfast, as well as smaller airports, such as Exeter, Aberdeen and Southampton.

Flights to France aren’t expensive either as there is so much competition along the routes.

The legacy airlines, that is the likes of British Airways and Air France, fly to France’s major cities.

In addition to these, many low-cost airlines, such as easyJet, Ryanair, Norwegian, Jet2, and Flybe, offer cheap flights to France, serving smaller cities and towns such as Montpellier (MPL), Lille (LIL) and Nantes (NTE).

Be sure to use online flight-comparison and booking tools to bag a cheap flight to France, whatever your destination.

Getting to and from the airport is as easy as finding cheap flights – visit our how to get around France page for more information.

The extensive flight network between the UK and France is particularly handy when you’re planning a holiday that’s more off the beaten track. Getting to that chalet in the mountains or a tiny little French village is easy when you go by air.

Of course, you might prefer to get there by car. Driving is a very accessible way to get to France, and with local roads well maintained and signposted, driving or hiring a car is an easy way to get to your destination.

High-speed Eurostar trains from the UK run to several major destinations in France, including Lille, Paris and Lyon, and the network has recently expanded to Avignon and Marseille.

The journey from London to Paris takes under three hours – that’s faster than flights once you factor in check-in, security checks and transfer times at the airports.

To reach the southern coast takes around eight hours. It’s longer than flying, sure, but it’s infinitely more scenic. Book tickets well in advance and the cost could be on a par with flying too.

The Eurotunnel runs from Dover in Kent to Calais in northern France, or it’s possible to take a ferry.

A UK driving licence is suitable for driving on French roads, though make sure you’re comfortable driving on the right-hand side and take note of the different requirements for drivers, such as being equipped with a breathalyser.

UK visitors to France are free to travel as part of the Schengen agreement, and do not need a visa.

If you are travelling within the EU only, there is no limit on customs allowances of most goods when coming home – however, these must be for personal consumption only.

Ask the experts: How to save on your flights

Time and money: two things everyone wants to save when it comes to a holiday. And with these flight and airport hacks straight from the experts, travelling savvy will be a whole lot easier

Read moreabout Ask the experts: How to save on your flights
Travel Advice

7 airport rip-offs and how to avoid them

From drop-off fees to over-the-top trolley charges, airports are rife with unnecessary charges that dig into your holiday budget before you've even left home! Here's seven you need to look out for.

How long before a flight should I get to the airport?

Don't start your holiday on a stressful note. We looked at the UK's 15 most popular airports so you know exactly how long you'll need to sail through security and get to your gate on time.

Read moreabout How long before a flight should I get to the airport?
Read more from the blog