We’ve been spending more time holidaying in the UK than ever before, and many of us have made a beeline for the fantastic national parks when we want to get back to nature.

So whether you’re a foodie fanatic, an outdoors-loving thrill-seeker or a spa junkie, our ultimate guide to the best national parks in England, Scotland and Wales will make planning your next outdoorsy break a walk in the park. 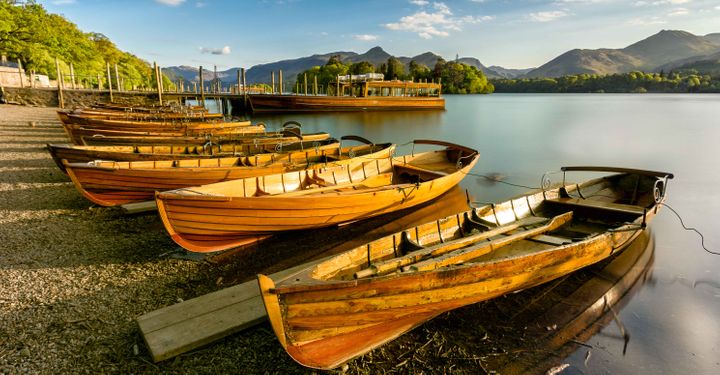 Cumbria’s Lake District National Park renowned for more than one reason, but you’ll naturally want to take to the water here – boats can be hired on Windermere, Coniston, Ullswater and Derwent Water. We also recommend a steamer cruise across Ullswater. Stops include Glenridding, Aira Force, Howtown and Pooley Bridge, so they’re a great way to explore the area.

Then, re-energise with some seriously fine dining at Grasmere’s Michelin-starred Forest Side hotel. Chefs at the property’s signature restaurant are known for their love of seasonal, local cuisine – 60% of the fruit and vegetables used are grown on-site. We recommend the cockles in a smoked bacon broth, followed by the flower-garnished steamed cod.

To stay the night, book a room at Roundthorn Country House, a Grade II-listed Georgian mansion with spectacular views of Eden Valley, the Pennines and the Lakeland Fells. 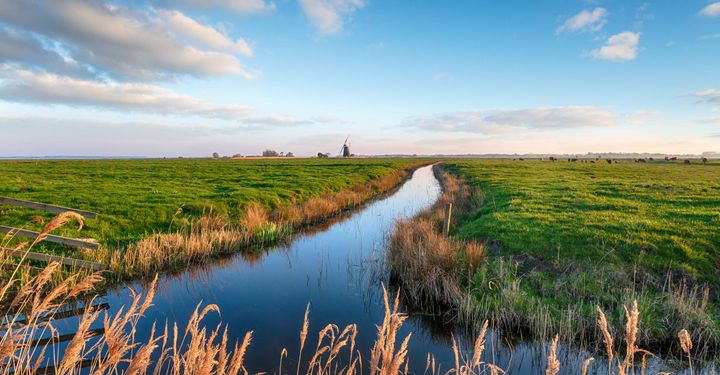 Over 125 miles of waterways are scribbled over the Broads, so paddling is popular but landlubbers will find plenty to do to – the national park is packed with wildlife reserves. Head to How Hill National Nature Reserve to admire the park’s rarest species, including dragonflies, marsh harriers and swallowtail butterflies.

For food, the park’s Acle Bridge Inn, a cosy, dog-friendly venue with 12 mooring spots for those arriving by boat, is one of Norfolk’s best pubs. Try the steak and ale pie – they’re legendary.

Staying a while? Hotel Wroxham, in the heart of the Norfolk Broads National Park, is within easy reach of both Norfolk and Great Yarmouth. Its position on the banks of the River Bure makes it a great option for fans of water sports. 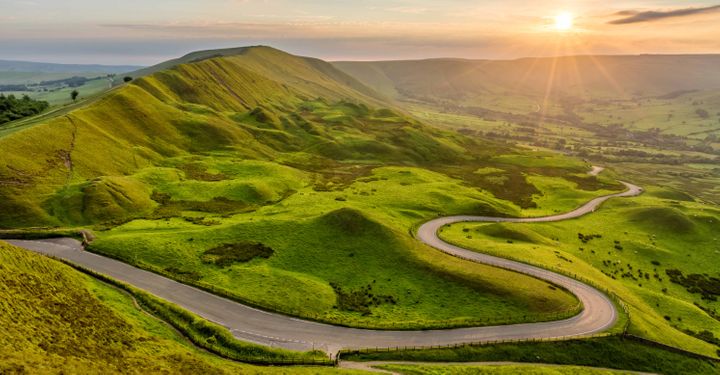 It’s in the name in this sprawling national park; hiking, climbing and caving are all part and parcel of a holiday to the Peak District. But, don’t miss the chance to explore Chatsworth House, one of the UK’s most stunning stately homes. A Derbyshire Downton Abbey, this 16th-century property is filled with priceless artworks and surrounded by gardens blooming with rare plants.

When it’s time to dine, it’s got to be Fischers Baslow Hall near Bakewell. The hotel’s restaurant is famous for its deliciously innovative dishes: think pigeon breast garnished with blackcurrant, and yuzu-infused white chocolate desserts. Nab a spot at the chef’s table if you can.

Then, stay the night at three-star Wheeldon Trees Farm, where there are nine cosy self-catering cottages to rent. It’s a great base for hikers (you’ll find the farm in a beautiful forested valley) and the pretty spa town of Buxton is just 10km away. 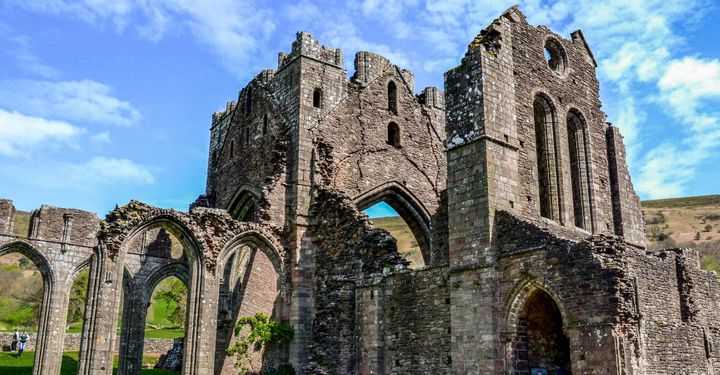 Snowdonia’s had its time in the limelight; this time we’re all about this south Wales national park. Top attractions in the Brecon Beacons include its caves and water sports centres, although our favourite destination is the dramatic 13th-century Llanthony Priory. The ruined Augustinian church is a hop away from book-lovers' haven Hay-on-Wye.

Hungry? For hearty, local produce, it’s hard to beat the Black Mountains Smokery in Crickhowell. Unsurprisingly, smoked food dominates the menu, whether it’s the delicious oak-smoked salmon or the fragrant smoked cheeses. Pick up your favourites for a picnic.

If you’re making a weekend of it, look to the Felin Fach Griffin hotel. Standout features include the four-poster beds, homemade biscuits in the bedrooms and the pub, with its roaring log fire and exposed beams. 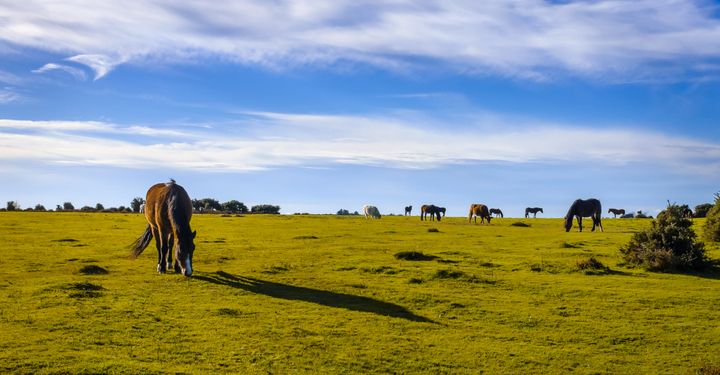 Wild New Forest ponies are the star attraction in this national park and you can wander among them on a steed of your own; a guided horseback ride through the park is a great way to explore the New Forest. There are several horse-riding schools to choose from, including Burley Villa School of Riding.

If you prefer dining to riding, the afternoon teas at Lyndhurst’s Bartley Lodge Hotel are legendary – the cinnamon carrot cake and roast beef brioche are two of the menu’s most popular items.

Add a splash of luxury to your trip at the 77-bedroom Careys Manor, a four-star hotel in the New Forest National Park. Step inside this rustic manor house and you’ll find three restaurants and one of the UK’s best spas. 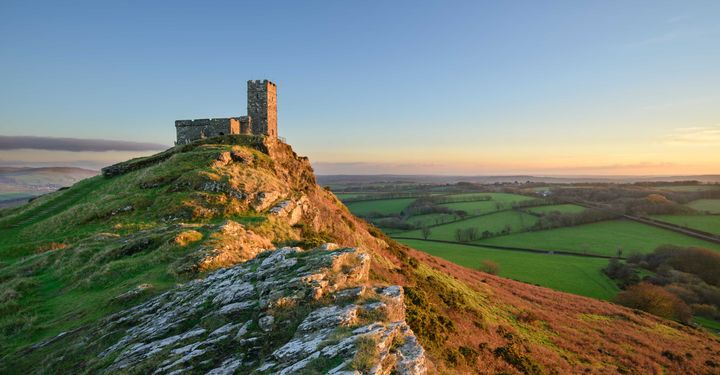 Devon’s Dartmoor National Park is similarly known for its equine experiences but you’ll want to lace up your hiking boots here. Trails criss-cross the area but the Wray Valley Trail is one of the best. Built in 1866 and closed in 1959, it follows in the footprint of the historic Newton Abbot to Moretonhampstead railway. The route meanders through the National Trust’s Parke Estate and past the pretty village of Lustleigh.

Foodies, meanwhile, will struggle to find a better Sunday lunch than the one served at the Two Bridges Hotel, one of the top places to stay in Dartmoor National Park. For something different, choose the roast Devon hake, served with a shellfish bisque.

Then, bed down at Dartmoor National Park’s Prince Hall and you’ll be in good company – Arthur Conan Doyle is said to have spent hours soaking up the moorland views from his room at this Devon hotel, which dates back to 1443. 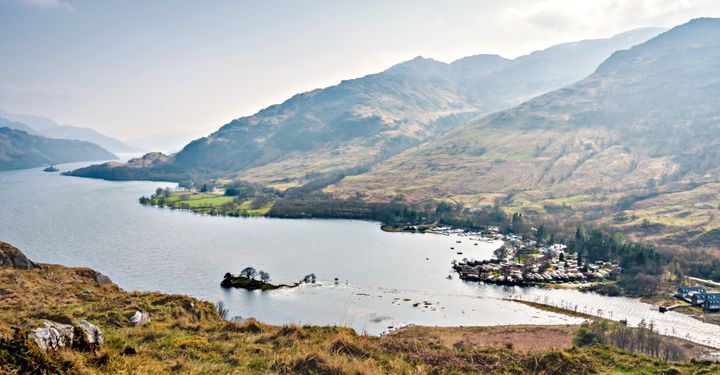 The breathtakingly beautiful Loch Lomond & The Trossachs National Park is filled with jaw-dropping spots, though the hero here has to be lake. The biggest in Great Britain, Loch Lomond is prime for paddleboarding and other watersports. It’s dotted with small islands, so there are plenty of sheltered spots for nervous first-timers.

Wonderful picnic spots also abound, so skip the restaurants and stock up on local delicacies at Deli Ecosse in the small town of Callander. The deli, tucked inside an old church hall, was founded by a mother-and-daughter duo, and the homemade cakes are to die for.

Although not technically inside the park, we can’t resist flagging up the recently opened Treehouses at Lanrick for somewhere to stay. It’s just 6km away from this beautiful Scottish national park, making them a wonderful option for families. The five tree houses all have kitchen/living areas, log-burning stoves, bathrooms and 250-square-foot tree top patios. 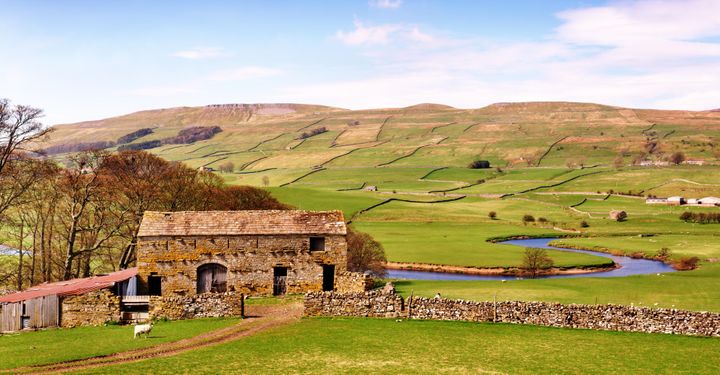 The rolling hills of the Yorkshire Dales are picture perfect and underneath you’ll find Gaping Gill, a cave with one of the UK’s largest underground chambers. Its entrance is a short walk from the village of Clapham, although get lucky and you might be able to enter from above – twice a year local pothole clubs erect a winch above the main chamber so that visitors can be lowered into its depths.

In need of some liquid courage for the drop? There are hundreds of brilliant pubs in the Yorkshire Dales, although Ingleton’s Marton Arms deserves a special mention due to its location (overlooking the church where Sir Arthur Conan Doyle got married) and its brilliantly boozy menu, packed with dishes such as cider braised belly pork and beer battered haddock.

After a long day’s hiking and drinking, retreat to the cosy confines of The Traddock, a family-run hotel in the village of Austwick. You’ll be perfectly positioned to tackle some of the Yorkshire Dales’ best walks, including the Three Peaks route and the Wainwright walk from Austwick to Crummackdale. 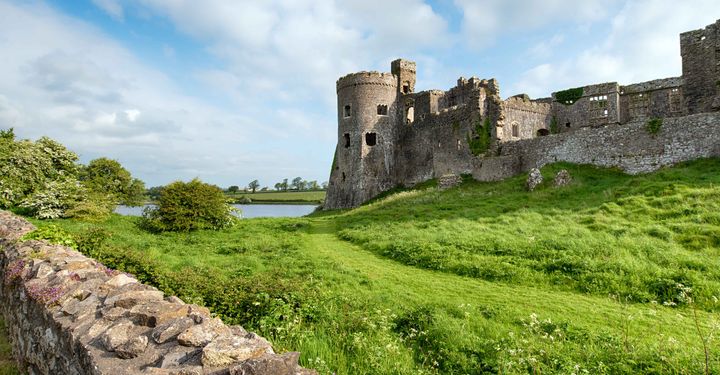 If history’s your thing, Pembrokeshire Coast National Park is brimming with historic sites. These include 2,000-year-old Carew Castle, one of Wales’ top attractions. It’s famous for its diverse architecture – from the west it resembles a Norman fortress, but from the north it looks like an Elizabethan mansion.

Foodie? For some truly Welsh fine dining, reserve a table at Blas, the 2 AA rosette restaurant at Twr Y Felin Hotel on St David’s Peninsula. Treat yourself to the tasting menu for a culinary extravaganza that includes octopus drizzled with tomato confit, and a light-as-air raspberry soufflé.

Meanwhile, camping enthusiasts with head for heights might want to try something new in Pembrokeshire; its best campsites aren’t necessarily the ones on ground level. Try cliff camping, which involves spending the night on a platform dangling from a cliff face near stunning St David's Head. Visit The Climbing Company for more information. 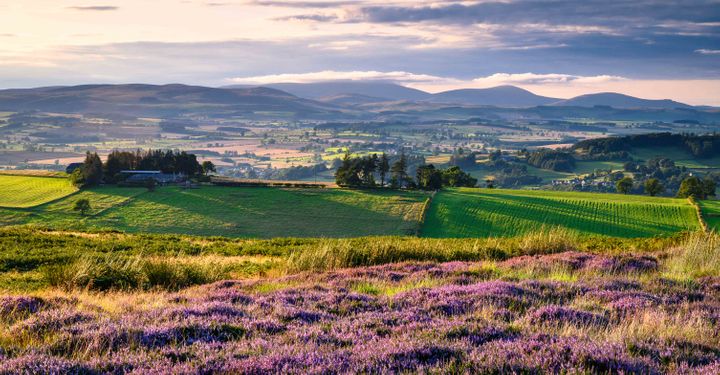 Much of Northumberland National Park falls within the UK’s largest International Dark Sky Park. It’s one of the best places for stargazing in the UK, and top destinations for star-spotting include the Stonehaugh Stargazing Pavilion, an easily-accessible designated Dark Sky Discovery Site near Harbottle Castle.

Start a night of stargazing nearby, at the aptly named Star Inn in the village of Harbottle. Built as a coaching house in the 1800s, the current owners have converted a former outhouse into a pizza kitchen, with a wood-fired oven at its centre. For something spicy, choose the Volcano, garnished with spicy salami, onions and chilli.

To stay, look to Greenhaugh’s Holly Bush Inn. It’s over 300 years old and feels more like a luxurious family home than a hotel. There are seven rooms to choose from; book the Red Room for gorgeous garden views.

The best circular walks in the UK

Read moreabout The best circular walks in the UK
Inspiration

The best of the UK's great outdoors

Read moreabout The best of the UK's great outdoors
Guides

The ultimate guide to Snowdonia