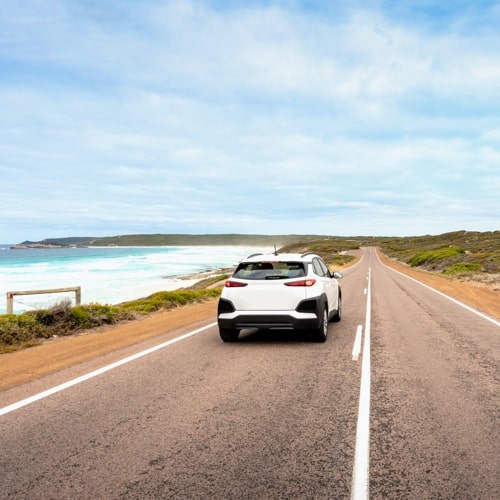 With a proud sporting history and an attractive town centre, Wigan is a pleasant base for your travels in the north west of England. Booking car hire in Wigan makes it easy to get around the local area, as well as see the nearby attractions, of which there are many.

Arrange car rental in Wigan with TravelSupermarket and get where you want to be with ease...

The town of Wigan is in Greater Manchester, in England's varied and fascinating north west. A gateway to the big cities of the region, visitors can drive to either Manchester or Liverpool in less than 45 minutes from Wigan.

There's much to see in Wigan itself, so linger a little longer before you journey to the shops, museums and eateries of the cities. The town is crammed with historical treasures from across the ages, though its most notable artefacts come courtesy of Wigan's industrial past - it was known for both its mills and its many coal mines.

There are many routes via which you can delve into the heritage of Wigan. The Museum of Wigan Life is worth a look and is suitable for visitors of all ages. You could also head to Wigan Pier, on the Leeds and Liverpool Canal, to see the Trencherfield Mill Engine - rumoured to be the largest working mill steam engine in the world.

While you are at Wigan Pier, clamber aboard one of the pleasure cruisers that offer scenic looks at the canal and the countryside around Wigan.

On the outskirts of town, and reached in around 10 minutes by road, is the glorious stately home of Haigh Hall, which sits on the edge of a country park. The grand home is open for visitors from Monday to Friday. Afternoon Tea, taken to the relaxed sounds of the piano and amid the Georgian splendour, is a particular delight.

Shopping is a much-loved pursuit in these parts. Check out the town centre stores in Standishgate, where black and white Tudor buildings clamour for attention, or take a tour of Market Street. There are plenty of great cafés and restaurants in Wigan too, as well as a lively nightlife scene.

Sports fans are spoilt for choice in Wigan, though you only need to find one destination: the DW Stadium. The venue is home to both Wigan Athletic Football Club, who won the coveted FA Cup in 2013, and Rugby League side Wigan Warriors - proclaimed as the best club in the world. Find out what's on and book tickets to see the action.

Collecting your rental car in Wigan is easy as you can pick up your vehicle at a convenient downtown location. For the best deals on car hire book in advance, using the search tool on TravelSupermarket to compare prices from a wide range of rental providers.

When you book car hire, Wigan becomes a great starting point for travels around this part of the UK...

For many visitors, the lure of the north west's vibrant cities is simply too much. When you use Wigan as your base, you can explore Manchester and Liverpool with ease.

Head south west to reach Liverpool, which is a little over 20 miles from Wigan. The famed birthplace of the Beatles, music naturally plays a big part in city attractions. You can find out more about the Fab Four at the Beatles Story in Albert Dock, or visit the Cavern Club in Mathew Street, where it all started. Coach trips are also available, whisking visitors on a magical mystery tour to see inspiring destinations such as Penny Lane and Strawberry Field. Shops, museums, art galleries and irresistible restaurants complete the tourism offering in Liverpool, while football fans flock here to see top-flight rivals Liverpool and Everton taking to the turf.

In Manchester, about 20 miles east of Wigan, sports fans are equally enticed. You can catch a big match at Old Trafford, home of Manchester United FC, or at the Etihad Stadium, where football foes Manchester City battle it out during the Premiership season. The Old Trafford cricket ground hosts county fixtures as well as international matches. The cultural offering in Manchester is almost on a par with London, with visitors lapping up art, history and stage performances at countless museums, galleries and theatres. And don't be surprised to see happy shoppers with bags slung over their arms - Manchester is a shopping mecca.

If big city pursuits can't tempt you, how about spending some time by the sea? You can drive to the coast in around 40 minutes from Wigan. The sand dunes of Formby will wow whatever the weather, while Crosby Beach, a little further south, draws art lovers - this is where Antony Gormley's human figures, titled 'Another Place', watch over the waters.