As most people know, Newquay has become the surf hub of the UK. The allure of the famous ‘Fistral Beach’, coupled with the bustling night-life and ample camp-sites, attracts surfers from all over the country, all eager to ‘get their fix’.

Not a million miles away lies the scenic coastline of North Devon. Here you will find an alternative, less obtrusive and certainly more unique version of the surf capital. Centred around a small village called Braunton, the area has become the place which I now call ‘home’. I decided to relocate here after years exploring the British Isles on the quest for waves. Why, you may ask? Because, for the eager surfer, it has it all; low-tide barrels at Croyde, mellow rights at Saunton, shelter from the winter storms at Putsborough, and even world-class point breaks, if you know where to look! Here, I am going to outline for you a few of the local, great spots, which you can then check-out for yourself. Depending on your ability and the experience you are looking for, you will be sure to find a wave that is just right for you.

On the right(Northern End) waves wedge up off the rocks and can produce excellent rights. This area has been dubbed ‘The Cave’ by the talented group of locals, as it sits adjacent to a hollowed cave, which also indicates the preferred stage of tide. Here you will find many world class longboarders, hustling for waves, so please give respect and wait your turn. 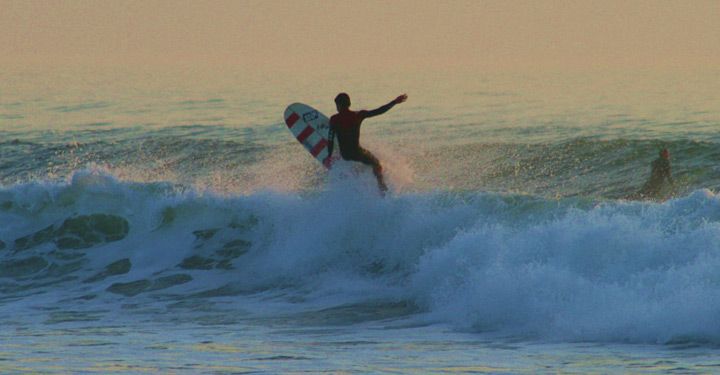 Saunton can be found on the road between Braunton and Croyde. Arrive before 8:30am or after 5:30pm to avoid the expensive car parking charges. Around 9am during the week and term time, the ‘Work Crew’ will vacate the spot, allowing you and your friends to snag a few waves for yourselves. Great on a pushing tide and it can also offer shelter from biting, Northerly winds.

Croyde is a ‘surfing mecca’. Renowned as one of the UK’s best beach breaks, it has become a summer retreat for beach-goers and surf hunters alike. Therefore, during the school holidays it can become frustrating due to the sheer number of people in the water. If you can sneak off work and get down here during the week, or the winter months, you can be rewarded with the surf session of your life!

As the tide drains out, thumping, low-tide barrels present themselves on the right peak. However, one must approach these with care due to the shallowness of the water and the ferocity of the breaking wave.

Croyde becomes more beginner-friendly as the tide fills in, however, this also has the effect of condensing the crowds into a ‘bottleneck’ of surfboards and bodies so make sure that you are aware of those around you at all times. 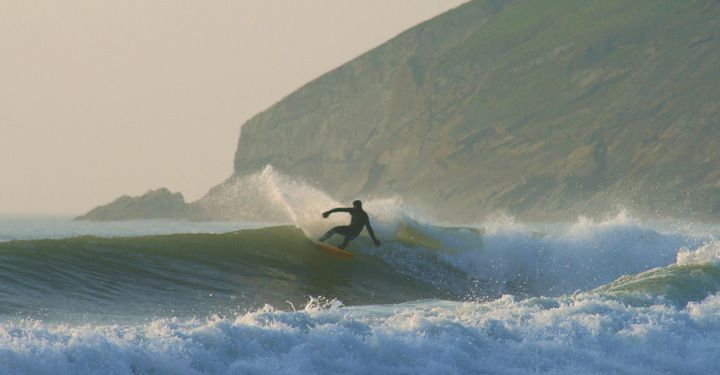 An hour or so after low-tide is your best bet at snagging a shady tube. Park in the National Trust car park at the northern end of Croyde and help support an organisation taking care of our beautiful countryside. Head to ‘The Thatch’ when the surfs flat and enjoy a pint of ‘Thatchers’ and a legendary plate of Nachos!

Putsborough is a godsend. Due to its North Westerly facing direction, it can allow you a ’clean’ surf when everywhere else is blown out. When the South Westerly storms batter our coastline, the locals know it’s time to head around to Puts. Due to our swell window being predominantly from the West/South-West, the swell must be of a certain size to wrap around into the bay where Putsborough is nestled.

Often overlooked by its neighbouring breaks Croyde and Woolacombe, Puts can allow you a more intimate surf amongst a stunning backdrop. Waves tend to peak in size the further north you go, with the Southern corner near the cliff, offering an aided paddle out, thanks to the rip-current (be careful). 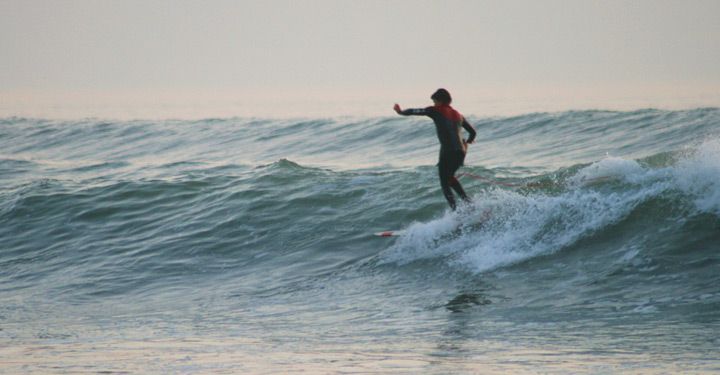 In huge swells, or Southerly wind, check Puts for shelter. Head for Croyde, exiting the village via the Northern end, drive for two miles on winding, narrow, dangerous country roads and you will find this stunning beach scheduled amongst the cliffs.