Craving a Cornwall holiday but fancy heading off the beaten path? Don’t leave home without checking out our guide to Cornwall’s (hidden) best bits. 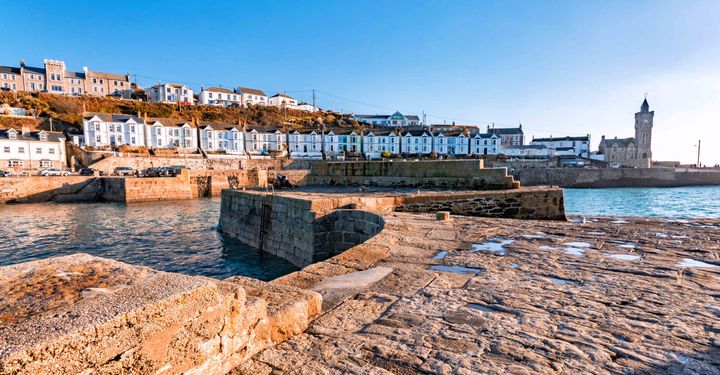 Porthleven is a beautiful town and fishing port with a rich history and an exciting future: legendary British chef Michael Caines, who’s dedicated to putting the town on the tourist map, has recently transformed a former Rick Stein restaurant into The Harbourside Refuge.

Free from the crowds that pack Cornwall’s busiest towns (for now at least), it’s a brilliant destination for outdoor adventure. Try a coasteering class with Kernow Coasteering or a rock-climbing taster session at nearby Trewavas Head.

You’ll also find some of Cornwall’s best beaches here. Porthleven Beach, close to the town centre, is a favourite – it’s got 5km (3 miles) of golden sand – and popular Praa Sands is just a 15-minute drive away.

Explore the coast at Carbis Bay 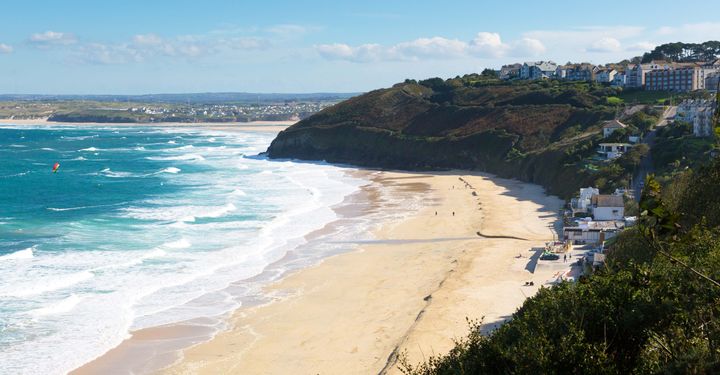 While surfers flock to Newquay for the best waves, those looking for calmer waters head to Carbis Bay, a 30-minute walk from St Ives. Kayaks, canoes, stand-up paddleboards (SUPs) and mega eight-person SUPs are available for hire right from Carbis Bay’s golden sands, and you can paddle all the way to St Ives harbour and beyond. Lessons are available for first timers, too.

Wedged between the wooded cliffs of Porthminster Point and Hawke's Point, Carbis Bay is also a great place for walkers – hike to the top of Worvas Hill, which overlooks the bay, and you’ll find a 15m-tall memorial to John Knill, who was Mayor of St Ives in the 18th-century. 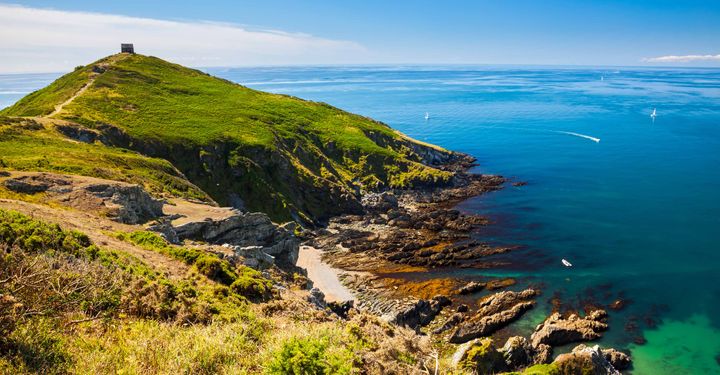 Often referred to as Cornwall’s forgotten corner, the Rame Peninsula, in the southeast is a place filled with pretty villages, stately homes (Mount Edgcumbe, Port Eliot and Antony House are the most spectacular, and all are open to the public) and crowd-free coves.

The South East coastal path runs across the peninsula, so it’s easy to explore as part of a longer visit to the region. Nearby Brackenbank, a beautiful self-catering property perched atop Tregonhawke Cliff, makes the perfect base.

Head below the waves at Porthkerris 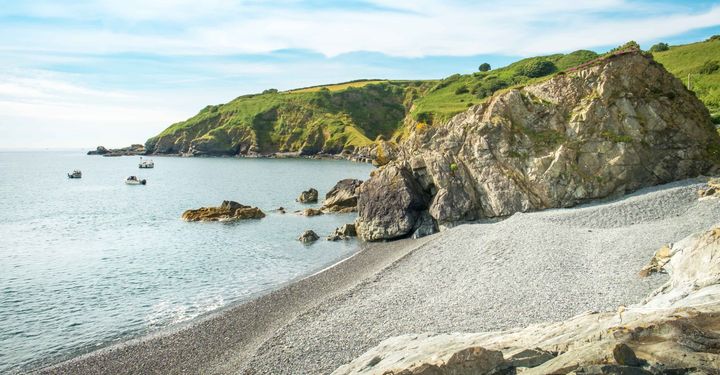 It’s a myth that you have to head to the Maldives for the best snorkelling and scuba diving sites. The waters around Porthkerris attract divers from all over the world, many of whom come to admire the jewel anemones, sea cucumbers and sponges that hang out near the northern end of Porthkerris Cove. During the summer months, you may even spot a seal, dolphin or basking shark.

Fancy getting your PADI Open Water diving certification? Sign up for a course with Porthkerris Divers, which offers a wide range of courses and diving trips, including ones designed specifically for anyone keen to spot basking sharks or blue sharks.

Learn about Cornwall’s clay-related past 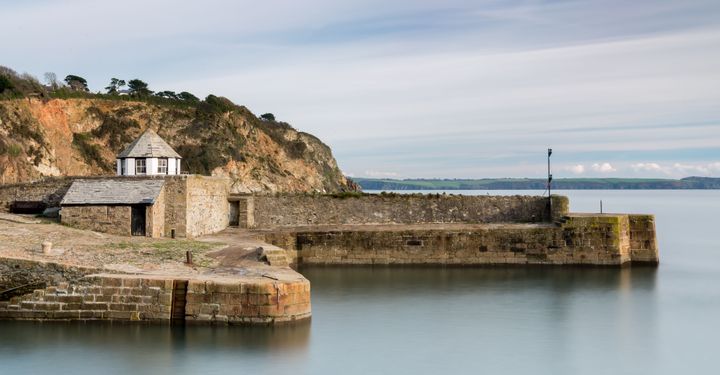 St Austell is an often-overlooked town with an incredibly rich mining history, a reminder of which are the so-called ‘Cornish Alps’ surrounding the town. They’re actually the by-products of china clay industry, which shaped Cornwall’s coastline between the 1700s and 1900s.

Cornwall’s china clay is still sent all over the world, and the best insights into the industry’s early days can be found at the listed Charlestown Harbour on St Austell’s outskirts – almost all of the clay exported from Cornwall left from this very spot. A former backdrop for the Poldark TV series, it’s now home to the Shipwreck Treasure Museum.

Set sail on the Helford River 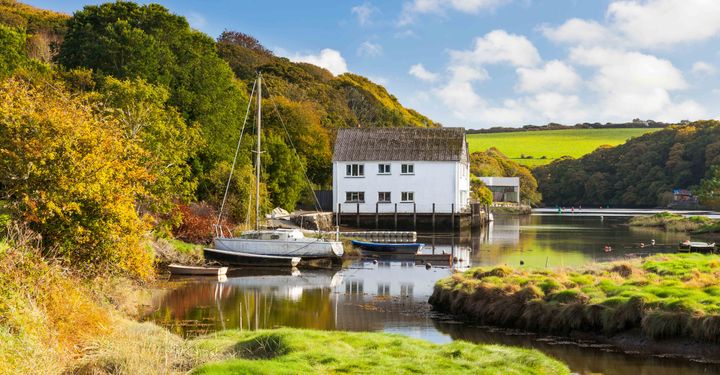 You’ll find this large estuary between the Lizard Peninsula and the western edge of Falmouth Bay. It’s one of Cornwall’s best SUP spots (it’s popular with snorkellers and open-water swimmers, too) and it’s lined with historic sites, including the National Trust-owned Glendurgan Garden and Trebah Garden, a sub-tropical paradise famous for its rare tree species, including the scarlet Chilean Fire Tree.

One of the best ways to explore the river is by boat. Helford River Boats comes highly recommended – it hires out a wide range of self-drive boats and kayaks.

Become a gin distiller in Padstow 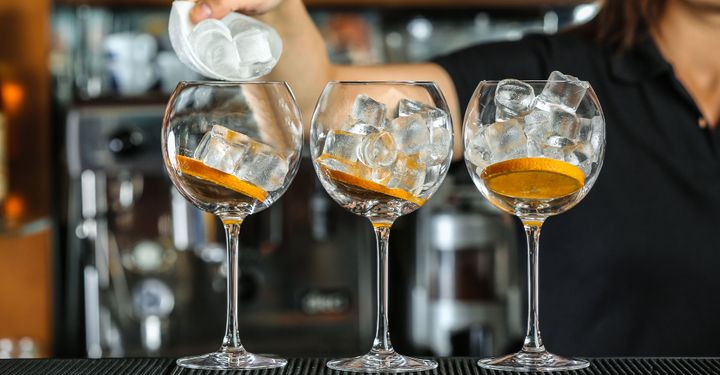 Padstow has some of Cornwall’s best restaurants, but it’s also home to Tarquin’s Gin School and Shop.

Here, you’ll be able to tour the distillery and sign up for tasting sessions or, for the full experience, join a distilling masterclass – you’ll be able to make your very own bespoke gin flavoured with your choice of local botanicals for a unique souvenir.

Tarquin Leadbetter, the school’s founder, suggests following up your visit with a walk along the nearby coastline. “For a walk or surf you can’t go wrong with Constantine Bay. I’ve been going there since I was a child and it holds so many happy memories,” he says.

Get an adrenaline fix in a former quarry 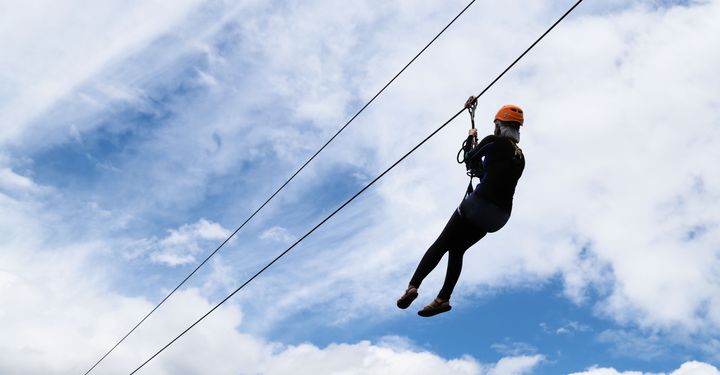 Head to the historic town of Penryn to test your mettle at Via Ferrata Cornwall, a 60-acre site that has some of the UK’s best ropes courses and ziplines – a brilliant way to explore a former Cornish quarry.

The site, which opened in 2020, will soon expand its offerings, adding paddleboarding, kayaking and canoeing to its packed roster of activities. With courses for all ages and skill levels, it’s a fantastic way to get an adrenaline fix while soaking up the views of Falmouth Bay and the Lizard Peninsula.

Get an art fix in Falmouth 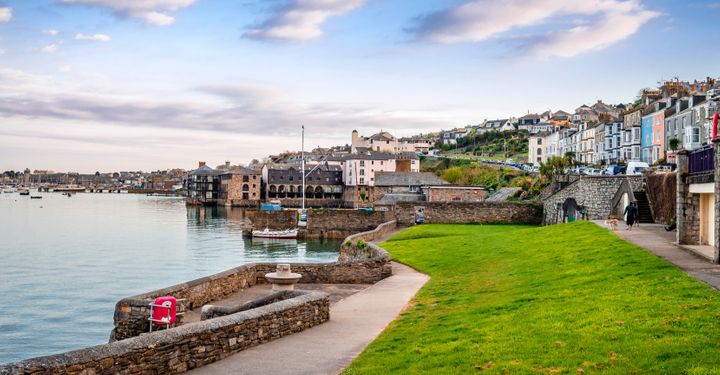 Fancy an art fix? Head to Falmouth for some of the UK’s best small galleries. The award-winning Falmouth Art Gallery display works by British artists such as Thomas Gainsborough and Dame Laura Knight alongside pieces by local Cornish artists, while at the airy space at Beside the Wave, you’ll find everything ceramics and jewellery to pretty prints of Cornwall.

Newcomers in Falmouth’s art scene include Cor Gallery, which opened in 2020, and Morgans, an April 2021 addition that’s hosting its first exhibition until May.