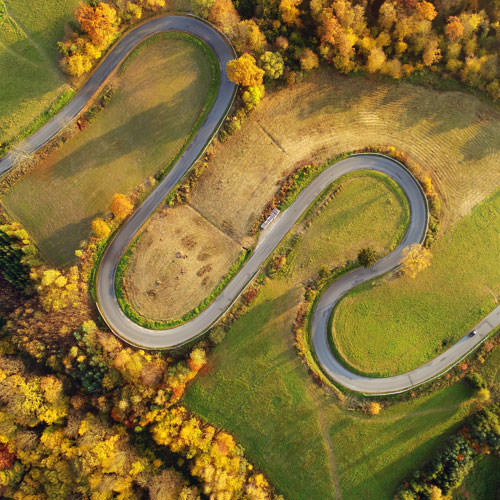 Wedged between tourist pleasers New York City and Philadelphia, the American state of New Jersey is a convenient gateway for overseas visitors looking for big city delights. Book cheap car hire in New Jersey with TravelSupermarket and you can be at the heart of the action in no time.

Don’t leave before you’ve smelled the roses in the Garden State – there are beaches and much more along the Jersey shore...

New Jersey is a situated in the mid-Atlantic area of the United States. Although known as the Garden State, it’s in fact the most densely populated state in America. This is largely down to its geographical position, which sees it placed between the sprawling urban giants of Philadelphia and New York.

New Jersey is split into five regions known as Gateway, Skylands, Shore, Delaware River & Pine Barrens. There are 7,505 square miles of land waiting to be discovered, but you'll still have a hard time missing any one of the 36 state parks, 11 state forests, 42 areas of outstanding natural beauty, four state marinas and the 127-mile stretch of coastline fending off the might of the Atlantic Ocean. This is especially true for those with New Jersey car hire, as all of the above is connected by 34,260 miles of often very scenic roads.

If you do take car hire in New Jersey, note that you'll be driving in one of only two US states where self-service filling of gasoline is prohibited. This mixed with the low fuel prices is more of an added convenience than anything else, though.

Whichever New Jersey airport you’re flying in to, it's advisable to book New Jersey car rental online in advance, both for added convenience after a long flight, and to ensure you get cheap car hire in New Jersey by easily viewing all available deals in one go. If you’re arriving into Newark Liberty International Airport (EWR), which is sometimes marketed as a New York airport, you’ll actually touch down in New Jersey.

If you’d rather collect a car once you’ve found your holiday feet, car rental collection can be arranged at a more convenient downtown location at many destinations around the state. Arrange to rent a car in New Jersey well before you travel to find the cheapest deals.

Use TravelSupermarket’s price comparison tool to discover the best prices on car rental in New Jersey.

Get your motor running and have a wild time in the USA...

Whether you land in Newark, the state’s biggest city, and want to reach nearby New York City, or plan to rent a car in Atlantic City and tread the legendary boardwalk before gambling in the casinos, there’s an American adventure around every corner in this north-eastern part of the United States of America.

New York City is an undeniable draw for millions of visitors, many of whom land in New Jersey and say goodbye to the state before they’ve had chance to say hello. It’s a shame to miss out on the highlights of New Jersey, but the lure of NYC is pretty hard to resist. Iconic landmarks such as the Empire State Building, Times Square, Central Park and Brooklyn Bridge are admired from every possible angle by snap-happy visitors.

The state border runs along the Hudson River, between Manhattan and Jersey City, so if you visit the Statue of Liberty, Ellis Island or Liberty State Park you’re actually straying back into New Jersey. It takes less than an hour to reach central Manhattan from Newark airport. If you’re planning on only seeing central New York, then taxis and public transportation might be preferable options to car hire, as parking in the city is limited. If you plan on seeing more than what dwells beneath the skyscrapers, hiring a car is an excellent way to get around, and driving in Manhattan is not as daunting as you might think!

You should also consider some time in Philadelphia. This welcoming metropolis is home to some of America’s most important historic icons, such as the Liberty Bell and Independence Hall. Don’t forget to try Philly cheesesteak and pretzels before recreating Rocky’s famous run up the steps by the Philadelphia Museum of Art. From Newark, Philadelphia is two hours away by road, from Atlantic City it takes 90 minutes to reach Philadelphia.

A little further south is the nation’s capital, Washington DC. It’s a three-hour drive from Philadelphia to the museums and landmarks of Washington DC, so it’s wise to book hotels before you embark on your road trip to guarantee availability and great prices.