As the summer rolls on, Brits up and down the country will be jetting off on a well-deserved holiday. If you had every intention of booking a bargain break back in January but never got around to it, you might be worried about checking the prices now in case they shatter your dreams of a last-minute getaway.

Well relax! The deals are still there, you just have to know where to look. To put your holiday anxiety at ease, we’ve rounded up eight incredible beach bargains for under £500 per person. 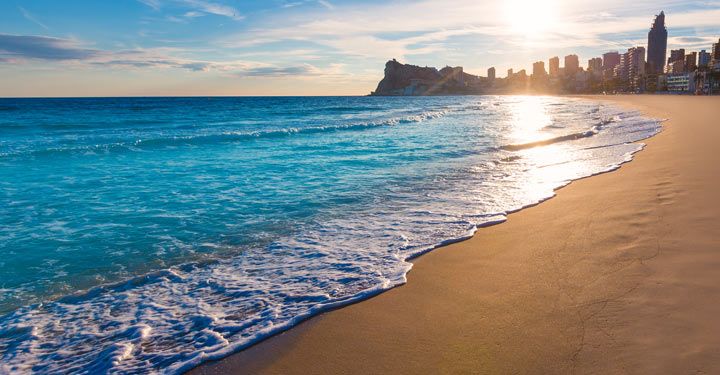 How much? £425 per person, flying from London Luton

Benidorm sometimes gets a bad rap, but for price and beaches it’s rightly still a big favourite for Brits.

Beach-wise you can take your pick from well-known Levante and Poniente, or the quieter bays of Cala Tio Ximo and Cala Mal Pas.

And as well as its infamous nightlife, the resort has a calmer side in the traditional old town where you’ll find plenty of great tapas bars.

The deal: A seven-night half board stay for two people at the four-star Albir Playa Hotel & Spa, departing September 6, 2016, costs £425 per person. Booking with Love Holidays, flying with Easyjet from London Gatwick.

How much? £352 per person, flying from Manchester 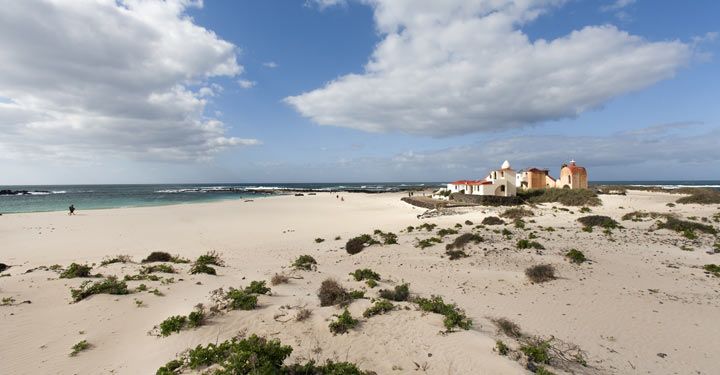 Quiet, laid-back and surrounded by “endless” beaches – if you’re looking to get away from it all this summer, El Cotillo is a great shout.

Largely devoid of mainstream tourism, this former fishing village keeps to itself on Fuerteventura’s pristine north west coast, something that has made it popular with surfers and beach bums alike.

The deal: A seven-night self-catering stay at Apartments Cotillo Lagos, departing September 6, 2016, costs £352 per person. Booking with Love Holidays, flying with a budget airline from Manchester.

How much? £497 per person, flying from Bristol 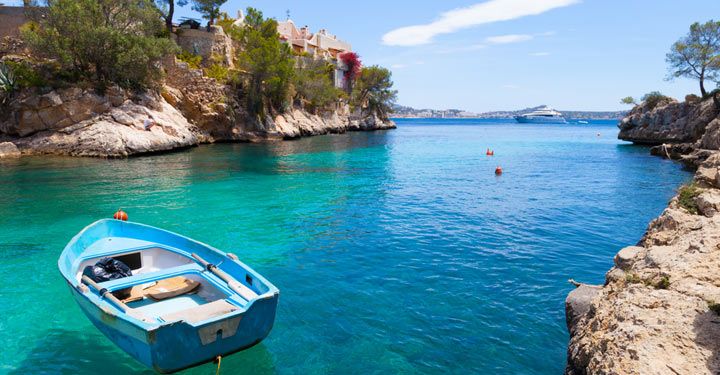 Another Spanish island resort that started out life as a fishing village, Paguera has become a lively alternative to Majorca’s better-known resorts.

Best bits for Brits include a decent nightlife scene, plenty of places to eat along the busy Avinguda Peguera, and three popular beaches to choose from: Playa La Romana, Playa Palmira and Playa Tora.

Paguera is also known for its excellent hiking trails and is just over 10 miles away from the capital, Palma, which is famous for its cathedral and cosmopolitan vibe.

The deal: A seven-night half board stay at Valentin Park Apartments, departing September 6, 2016, costs £497 per person. Booking with Travel Republic, flying with Ryanair from Bristol.

How much? £315 per person, flying from Liverpool 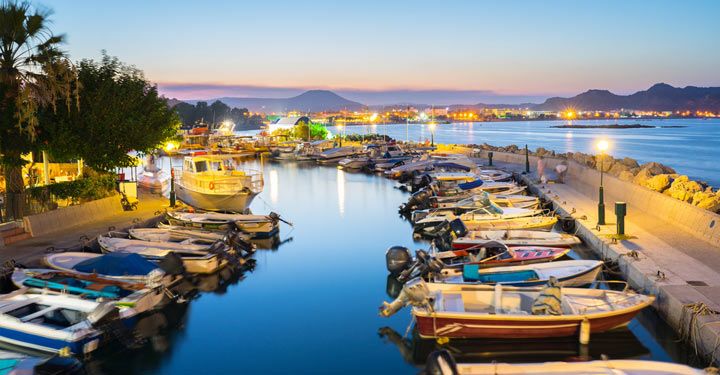 Faliraki needs little introduction. At the peak of its notoriety it was a massive party hub, and while it’s still a lively place it has calmed down somewhat over the last decade.

You won’t be left searching for a drink as it still boasts some of the best nightlife in Rhodes, with scores of bars and clubs lining the creatively-named Bar Street and Club Street – at least you’ll always know where you are.

Outside of the bars, Faliraki’s long beach provides the perfect place to sweat out the hangover, whileFaliraki Water Park – supposedly one of the biggest in Europe – is ideal for some daytime fun that your liver can enjoy too.

How much? £298 per person, flying from London Heathrow 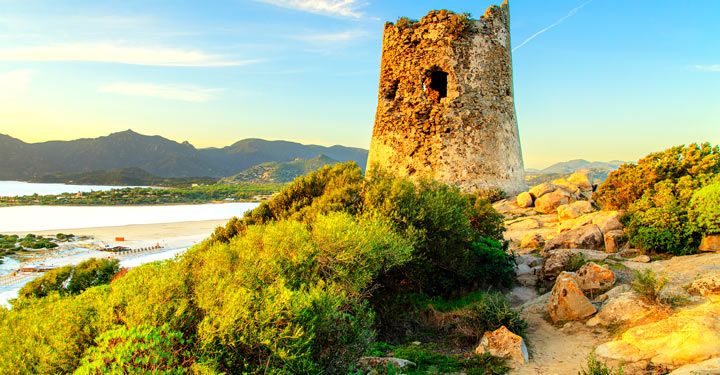 White sand beaches Spiaggia La Marinedda and Spiaggia Lunga are both within walking distance, while the resort itself runs at the kind of laid-back pace Italy’s smaller villages are renowned for.

If you’re after a bit of adventure, the Med’s beautifully clear waters also make Isola Rosa the perfect spot for scuba diving and snorkelling.

The deal: A seven-night room only stay at Hotel Gabbiano, departing September 6, 2016, costs £298 per person. Booking with Travel Republic, flying with Air Italia from London Heathrow.

How much? £426 per person, flying from East Midlands 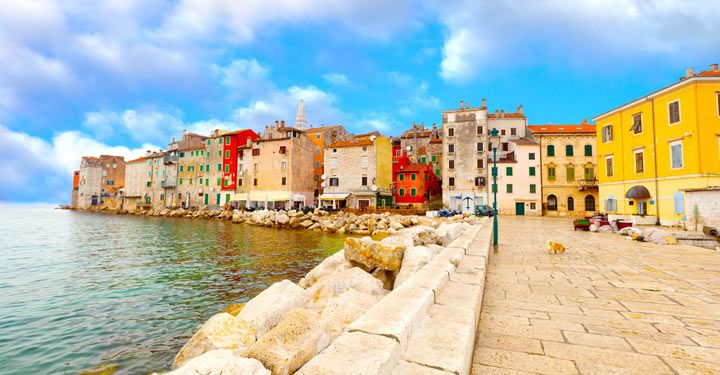 Architectural charm, Mediterranean romance and one of the finest foodie scenes in Croatia – Novigrad ticks all the right boxes for an alternative break by the sea.

As an active fishing port, fresh fish and seafood features heavily in Istrian cuisine. Be sure to try local delicacy the pilgrim scallop of Novigrad, supposedly one of the tastiest shellfish dishes in the world.

While Novigrad’s beaches might not the white sand beauties you come to expect of the Med, the numerous Blue Flag beaches in the area – Mareda, Maestral and Sirena – guarentee clean, well-kept places to bathe and relax.

The deal: A seven-night room only stay at two-star Apartments Sunset Lanterna, departing September 6, 2016, costs £426 per person. Booking with Love Holidays, flying with Thomson from Birmingham.

How much? £349 per person, flying from Glasgow 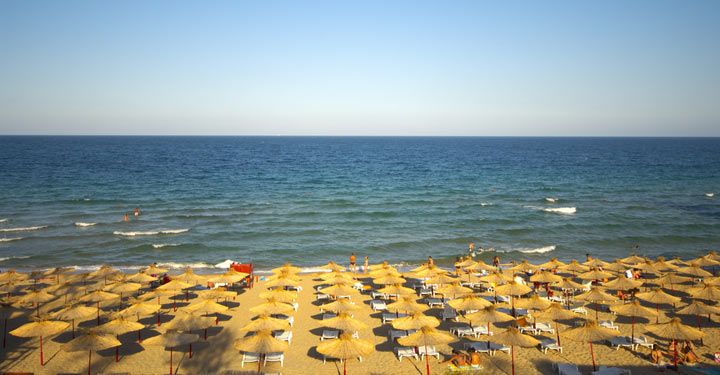 Bulgaria’s rock bottom in-resort prices make it one of the most cost-effective places for a beach break in Europe, even in the current climate.

In fact, the Post Office Travel Money barometer puts Sunny Beach in the number one spot for value – a beer will cost you a little over 55p, according to pintprice.com.

And when you’ve stopped counting your change in disbelief, there’s always the beach, which stretches for over 5km along the Black Sea.

The deal: A seven-night B&B stay at the four-star Fenix Hotel, departing September 4, 2016, costs £349 per person. Booking and flights with Balkan Holidays from Glasgow.

How much? £307pp flying from London Luton 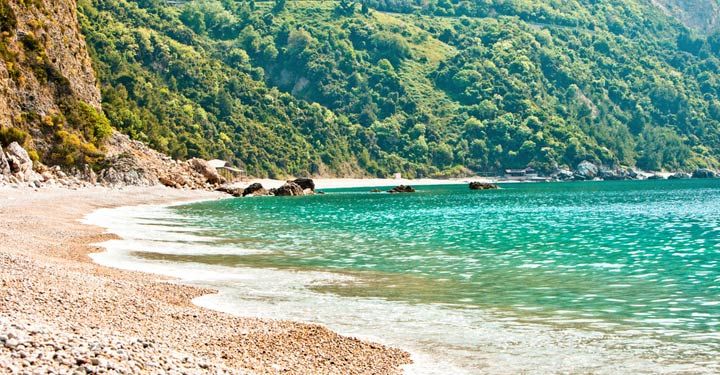 While Croatia has been on the rise as a holiday destination for a few years now, Montenegro is still largely undiscovered by British travellers. So what will you find if you make the two-hour drive down from Dubrovnik to the historic city of Budva?

For a start there are award-winning beaches such as Jaz, gorgeous villages like Sveti Stefan and a nightlife scene that rivals anywhere in the Med.

Add to this Budva’s medieval charm and the stunning mountains that surround the coast and you’re onto a real winner – two hours’ drive doesn’t seem like much for all this.

The deal: A seven-night room-only stay with D&D Apartments, departing September 6, 2016, costs £307 per person. Booking with Love Holidays and flying with Easyjet from London Luton.

Please note that prices fluctuate regularly – all prices correct at 1:30pm on August 8.

Have you booked a last-minute holiday this year? Tell us where you’re heading to in the comments below.

11 European beaches you must see before you die